UK Cabinet to meet over Brexit deal reached with EU 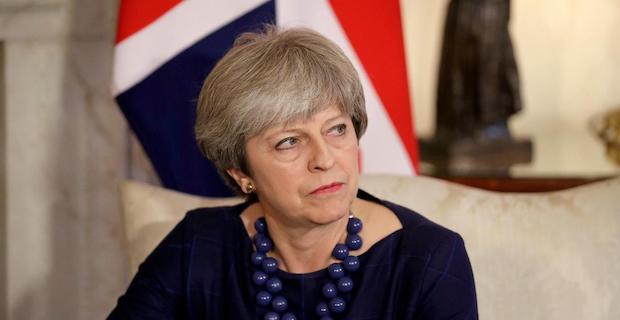 British Prime Minister Theresa May has called a special Cabinet meeting on Wednesday amid reports that a Brexit deal has been reached with European negotiators in Brussels.

"Cabinet will meet at 2 p.m. tomorrow to consider the draft agreement the negotiating teams have reached in Brussels, and to decide on next steps,” a Downing Street statement said.

Cabinet ministers, who were told a "small number of outstanding issues" remain to be sorted earlier on Tuesday, “have been invited to read documentation" ahead of a meeting on Wednesday, the statement said.

BBC reported that the U.K. and EU official have agreed on the draft text of a Brexit agreement on Tuesday in a significant breakthrough for the talks.

The draft text requires to be read and signed by the Cabinet before it can be brought to the houses of British parliament.

Irish broadcaster RTE said a "stable" text had been agreed on the thorny issue of the Northern Irish border, previously described as the last issue before a deal.

It said the deal involved one overall backstop in the form of a U.K.-wide customs arrangement but with deeper provisions for Northern Ireland on customs and regulations.

The document has been agreed at a technical level by officials from both sides after intensive talks this week, the news channel said, quoting an unnamed government source.

Keywords:
BrexitUK CabinetBritish Prime Minister Theresa May
Your comment has been forwarded to the administrator for approval.×
Warning! Will constitute a criminal offense, illegal, threatening, offensive, insulting and swearing, derogatory, defamatory, vulgar, pornographic, indecent, personality rights, damaging or similar nature in the nature of all kinds of financial content, legal, criminal and administrative responsibility for the content of the sender member / members are belong.
Related News