Two State Solution is the only way, US vice president says

U.S. Vice President Joe Biden has said both Israel and Palestine must take responsibility for reaching a two-state solution. 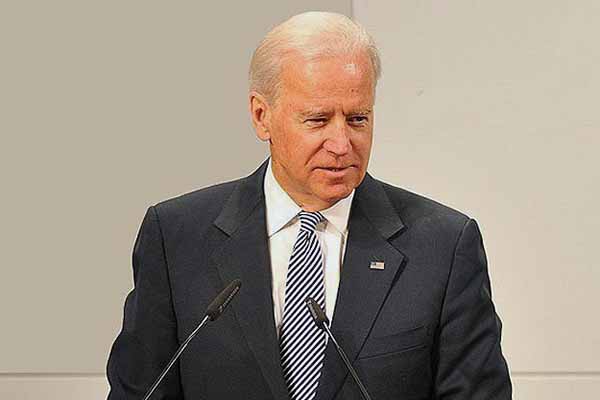 WASHINGTON (AVRUPA TIMES)-U.S. Vice President Joe Biden has said both Israel and Palestine must take responsibility for reaching a two-state solution. Addressing a gala organized by the Jewish-American organization, J Street, at a “Pro-Israel, Pro-Peace” event in Washington D.C. Monday, Biden said the two-state solution would guarantee "Israel's future security" and allow it to continue with its "Jewish and democratic state" identity.

"It's the only way to ensure the dignity of the Palestinian people and [to] provide self determination it deserves: a two-state solution," he said, adding: "There is no other alternative."

He said he did not feel encouraged by any "prospects of peace in the immediate future" after he held long and "very candid" meetings with Israeli Prime Minister Benjamin Netanyahu and Palestinian President Mahmoud Abbas on the issue.

"There is at the moment no political will that I observed among Israelis and Palestinians to move forward with serious negotiations," he said, adding that both sides had to take responsibility.

"In my view everyone has a moral obligation to combat the inflammatory rhetoric that incites violence or dehumanizes the other side," he said.

About Israeli settlements on Palestinian lands, Biden said he had been opposing such activities since more than three decades, adding this was "counterproductive" for Israel's own security, which moved the two-state solution "further away."

The vice president also said the U.S. was supporting the fight against the Boycott divestment against Israel and anti-Semitism, and that the U.S. was Israel's "only assured" friend.

Speaking earlier at the same gala, U.S. Secretary of State John Kerry said the U.S. thoughts and prayers were with the 21 victims of Sunday's bus explosion in Jerusalem.

"This certainly bears all the hallmarks of a terrorist attack, and we condemn it in the strongest possible terms," Kerry said.

"What this tragedy also does is [it] underscores the importance of ending this conflict, so that Israelis and Palestinians can once and for all live side by side in peace and security," he said.

He added the U.S. would "continue to advance a two-state solution as the only solution."

J Street is a Washington DC based Jewish-American organization which supports a two-state solution to the Israeli-Palestinian conflict.

Israel occupied East Jerusalem during the 1967 Middle East War. It later annexed the city in 1980, claiming it as the capital of the Jewish state – a move never recognized by the international community.

International law views the West Bank and East Jerusalem as occupied territories and considers all Jewish settlement buildings on the land to be illegal.

About 500,000 Jewish settlers currently live on more than 100 Jewish-only settlements built since Israel occupied the West Bank and East Jerusalem in 1967.

Palestinians want these areas, along with the Gaza Strip, for a future state of Palestine. Palestinian negotiators, however, insist that Israeli settlement buildings on Arab land must stop before a comprehensive peace agreement can be reached.