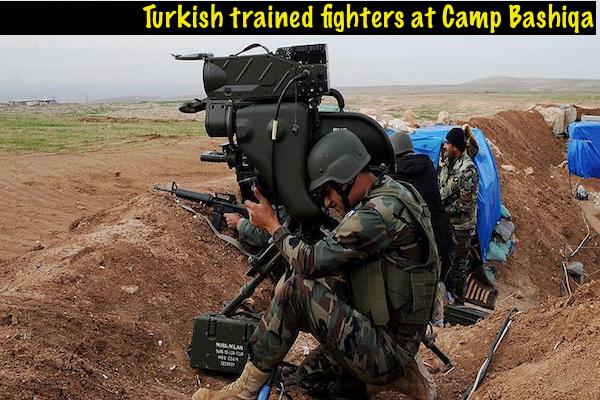 AVRUPA TIMES-LONDON/Turkish-trained fighters to join Mosul operation. Forces trained by Turkish military since 2015 in Camp Bashiqa will join fight to liberate Mosul from Daesh Fighters in Bashiqa will join Iraqi government forces and Kurdish Regional Government fighters, known as peshmerga, the sources -- who wished to remain anonymous -- said. The operation is expected to start in a few days provided nothing extraordinary occurred, the sources added. In the first stage, Iraqi soldiers would attack Mosul from surrounding fronts, followed by the Turkish-trained fighters and peshmerga forces.

The forces trained at Camp Bashiqa were previously known as al-Hashd al-Watani but have been recently dubbed the Nineveh Guard.

According to the sources, the leader of the Nineveh Guard, Atheel al-Nujaifi held talks with the Iraqi army and agreed his forces would operate as one unit.

According to the plan, the Iraqi army, Shia militias, Kurdish regional government forces and the Nineveh Guard will advance north to Mosul from Qayyarah town simultaneously.