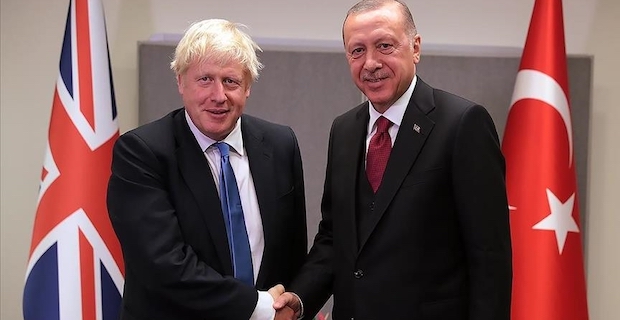 Before Johnson, Erdogan met with his French counterpart Emmanuel Macron.

The Turkish leader is due to meet numerous other world leaders besides Macron and Johnson during the summit, including US President Joe Biden and German Chancellor Angela Merkel.

Keywords:
Boris JohnsonRecep Tayyip ErdoganBritish PremierTurkish PresidentNATONATO Summit
Your comment has been forwarded to the administrator for approval.×
Warning! Will constitute a criminal offense, illegal, threatening, offensive, insulting and swearing, derogatory, defamatory, vulgar, pornographic, indecent, personality rights, damaging or similar nature in the nature of all kinds of financial content, legal, criminal and administrative responsibility for the content of the sender member / members are belong.
Related News