Inviting an alleged member of the Fetullah Terrorist Organization (FETO) to address U.S. lawmakers is not acceptable for Turkey, a lawmaker said Monday. 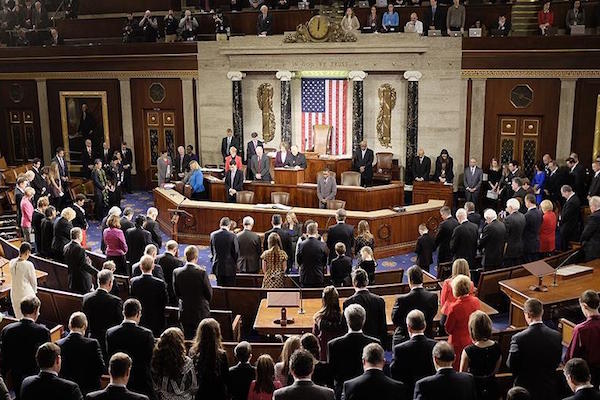 ANKARA-Inviting an alleged member of the Fetullah Terrorist Organization (FETO) to address U.S. lawmakers is not acceptable for Turkey, a lawmaker said Monday.

On September 14, Turkish academic Ahmet Sait Yayla was added to the list of speakers to address the House Foreign Affairs Subcommittee on Europe, Eurasia and Emerging Threats, just hours before the hearing on the July 15 coup attempt in Turkey.

"Inviting to such a session a person who is linked with a terrorist group hostile to the Turkish society, political parties and the Turkish state, is unacceptable for Turkey. It should equally be problematic for and questioned in the US," the head of the Turkish Parliament’s Foreign Affairs Committee Taha Ozhan said in a statement.

Ozhan, who is also the ruling Justice and Development Party's Malatya lawmaker, said that last week's situation was no different than an Al-Qaeda member testifying before the Turkish Parliament.

He said the US needed to understand that last month’s coup bid caused a trauma for the Turkish society similar to the one Sep. 11 terrorist attack caused for the Americans.

"Therefore, the questionable stance adopted at the session as if to provoke Turkey, does not comply with our friendship and alliance and deepens the Turkish people’s doubts about the relationship between the US and July 15 coup attempt."

Turkey's government has said the defeated coup, which left over 240 people martyred and nearly 2,200 injured, was organized by followers of Fetullah Gulen, who has lived in self-imposed exile in the U.S. state of Pennsylvania since 1999, and his FETO network.

He said the chairman chose to adopt a style that aimed to reflect and confirm the baseless and biased assumptions he had in mind.

"The Chairman has aimed at recording and publicly announcing his pre-owned, unacceptably accusatory judgements by rhetorical and biased questions and unreasonable allegations. The Chair, without even having a grasp of the most basic information about the subject, has led the session in a manner like a judge that has already given the final verdict.”

Ozhan also said all of the speakers invited to the session were better known for their biased and unfair attitude towards Turkey and the Turkish government, rather than being experts or analysts.

“It cannot be possible to display the exact nature of the coup attempt that took place in Turkey with the testimony of those names who position themselves as opposing the Government of the Republic of Turkey and party to the discussions taking place in Turkey.”

Ozhan went on to say the third and most serious violation was that the subcommittee gave the floor to a FETO member to discuss the coup and the post-coup era in Turkey.

"It cannot be possible to qualify a process that is being digged with the testimony of the perpetrator as an “understanding process”. This can only be regarded as an “acquittal process” and it is crystal clear that it is against the spirit and principles of the Turkey-US alliance."

He added that it was unacceptable that official American institutions, which are in close cooperation with Turkey in the fight against terrorism, set up meetings against Turkey.

Ozhan said Turkey equally and clearly expressed its annoyance to its counterparts in the US House of Representatives about the session.

"We call upon our counterparts to do careful research to reveal the dark connections, global networks and the dominant role in the coup attempt of the terrorist organization led by Fetullah Gulen as well as its past crimes, instead of organizing such activities detrimental to our friendship and alliance.

"In this regard, we expect the US administration to arrest the leader and senior members of FETO immediately and start their extradition process to Turkey."

Yayla, who was chairman of the sociology department at Harran University in Turkey, and a former police chief, escaped to the U.S. last November after it became public he had alleged links to FETO leader, Fetullah Gulen.

Turkey revoked Yayla’s passport and accused him of being a member of FETO it says carried out the coup attempt.

During his panel presentation, Yayla not only defended Gulen as being free from involvement in the coup attempt, but he claimed the Turkish government and President Recep Tayyip Erdogan plotted the overthrow.

Turkey has officially submitted to the U.S. all evidence that Gulen’s network established a quasi-state within the Turkish state in an attempt to topple the government and ultimately tried to take over the state via a bloody coup attempt.

Turkish authorities also issued an official request for the extradition of Gulen under a 1979 treaty between Turkey and the U.S.