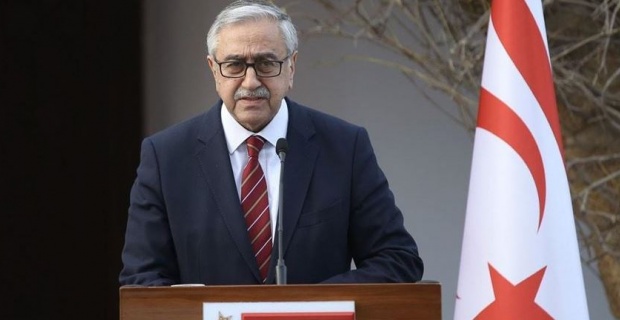 Akinci also said the pipeline, planned to run from Israel to Southern Cyprus, Crete, Greece, and ultimately to Italy, is a much longer and more expensive route than other alternatives.

The project, like the EU membership of Greek-administered Southern Cyprus in 2004, will not help solve the Cyprus problem, he added.

“Geographical facts indicate that exclusion of Turkey and Turkish Cypriots from the energy equation in the Eastern Mediterranean is impossible,” he reiterated.

But the main problems with the project is that it is costly and the gas to cover these costs have not yet actually been supplied.

According to the Greek newspaper To Vima on Thursday, it is estimated that the transfer cost of the natural gas would be three times cheaper if the pipeline passes through Turkey.

Keywords:
Turkish CypriotMustafa Akinci
Your comment has been forwarded to the administrator for approval.×
Warning! Will constitute a criminal offense, illegal, threatening, offensive, insulting and swearing, derogatory, defamatory, vulgar, pornographic, indecent, personality rights, damaging or similar nature in the nature of all kinds of financial content, legal, criminal and administrative responsibility for the content of the sender member / members are belong.
Related News