Israeli Haaretz reported that the Turkish government would lower the compensation demand for the families of those killed by Israeli forces on the Mavi Marmara aid flotilla. 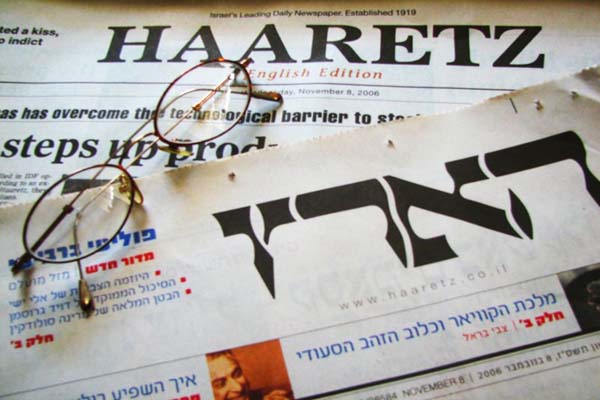 Turkey is being more flexible over Israeli compensation for the victims of the Israeli Defense Forces raid on a Gaza-bound aid flotilla over three years ago, offering to accept a lower figure than it had demanded in the past, a senior Israeli official said Sunday. Nine Turks were killed aboard the Mavi Marmara ship carrying humanitarian aid to Gazans when Israeli soldiers attacked them in May 2010.

The crisis led to the downgrading of diplomatic relations between the two countries; the Israeli ambassador was expelled from Ankara in September 2011.

After Netanyahu's apology to the Turkish people for the flotilla incident, both sides agreed to begin the process of restoring relations.

On Monday, the Haaretz reported that earlier this month Turkey offered to resume negotiations. Israel agreed and within a few days a senior delegation went to Istanbul. Headed by National Security Adviser Yossi Cohen, it including the prime minister’s envoy to the Turkish reconciliation talks, Joseph Ciechanover, and acting Foreign Ministry Director General Nissim Ben-Sheetrit.

The Israeli team spent several hours at the Conrad Hotel in Istanbul with the Turkish team, headed by Deputy Foreign Minister Feridun Sinirlioglu, a former Turkish ambassador to Israel. The focus of the session was the level of compensation.

“The agreement is ready; all that’s left is to fill in the blank with a number. There are still differences regarding the amounts, but they have narrowed,” the senior Israeli official said, adding, “There is a will on both sides to wrap things up as soon as possible and normalize relations.”

In the event of an agreement on the compensation, Jerusalem and Ankara are expected to immediately announce an upgrading of relations and the exchange of ambassadors.

According to the report, the Turkish government will pass a law withdrawing all claims against IDF officers and soldiers connected to the flotilla raid and will block any similar claims in the future. Turkey will also cease to work against Israel in international forums.