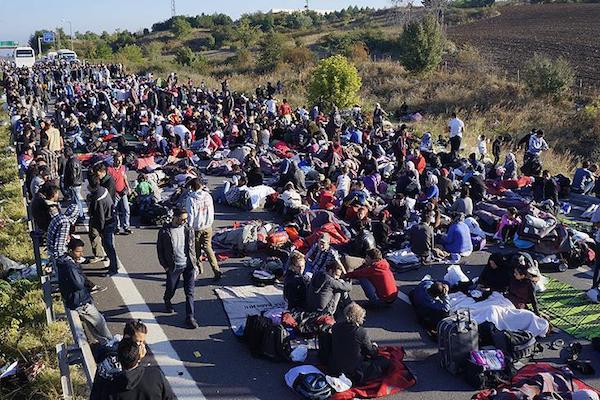 SANLIURFA, Turkey-Turkey’s strained relationship with the EU has boosted the hopes of refugees aiming to reach Europe.

An EU-Turkey deal in March saw the number of people reaching Greek shores from Turkey drop dramatically in return for promises by the EU to accelerate Turkey’s membership bid and allow visa-free travel for Turkish nationals.

However, Erdogan’s warning to open the border gates with EU members Greece and Bulgaria has encouraged some of the 3 million refugees in Turkey.

“If the border gates were opened, more than 500,000 refugees would flow to Europe at the first step,” Shadi Suweysh, a former local politician from Syria’s Raqqah, said.

He added: “We wish Erdogan would open the border gates.”

His compatriot Jamil Hezari, who lost an eye during the war, told Anadolu Agency he would like to go to Denmark to receive medical treatment. “I think I would be fine there,” he said. “I could find a job.”

“The gates should be opened. Syrians have escaped a massacre,” he added.