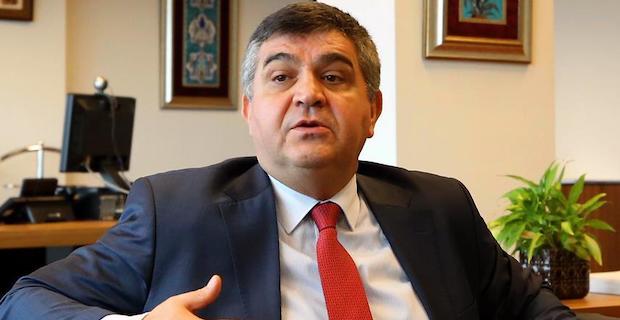 Turkey's European Union membership will make the EU a global power, according to the top Turkish diplomat in charge of EU affairs.

"Turkey's membership will seriously affect and shape the EU. Likewise, Turkey will provide the EU with many things that the other member countries can’t,” Faruk Kaymakci, deputy foreign minister and director of the country's EU affairs, told Anadolu Agency.

"Turkey is the country which will make the utmost contribution to the EU for it to become a global power in the areas of energy, foreign policy, security, and defense."

Since a dozen countries joined the EU in 2004-2007, issues such as migration, security, and Brexit have made the EU slow down the enlargement process, especially since 2014, he said.

"However, Turkey's membership will make the EU a global power," he added.

Turkey applied for EU membership in 1987 and accession talks began in 2005. However, negotiations stalled in 2007 due to the objections of the Greek Cypriot administration on the divided island of Cyprus, as well as opposition from Germany and France.

Kaymakci said Turkey is a part of the European continent economically, politically, and culturally, adding: "It is unthinkable that Turkey is not included in the EU."

He added that if and when Turkey and the EU work together, there will be no problems that cannot be overcome.

Keywords:
EUEuropean UnionTurkeys European Union Membership
Your comment has been forwarded to the administrator for approval.×
Warning! Will constitute a criminal offense, illegal, threatening, offensive, insulting and swearing, derogatory, defamatory, vulgar, pornographic, indecent, personality rights, damaging or similar nature in the nature of all kinds of financial content, legal, criminal and administrative responsibility for the content of the sender member / members are belong.
Related News