Turkey recalls its ambassador in Vienna to revise relations

The minister said the move came after Austrian authorities did not allow Turkish citizens to hold anti-coup demonstrations in the country but allowed a pro-PKK march to take place on Saturday. 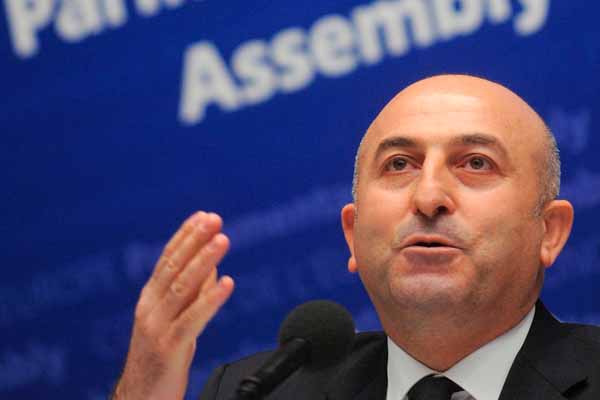 ANKARA (AVRUPA TIMES)-Turkey has recalled its ambassador in Vienna "for consultations and to revise relations," Foreign Minister Mevlut Cavusoglu said Monday. The minister said the move came after Austrian authorities did not allow Turkish citizens to hold anti-coup demonstrations in the country but allowed a pro-PKK march to take place on Saturday.

“That is why we called the Austrian charge d'affaires at our ministry. [...] Likewise, we also recalled to Ankara our ambassador to Vienna for consultations and to revise our relations,” Cavusoglu said, speaking at a joint news conference with Moldovan Foreign Minister Andrei Galbur in Ankara.

Cavusoglu said Ankara had complained to Austria for “trying to give us freedom of assembly lessons, and on the other hand not allowing even a peaceful march [in support of Turkish democracy].”

“However we saw they gave permission to demonstrate in Vienna to the PKK and its supporters”, Cavusoglu said. “We cannot remain insensitive to this attitude supporting terrorism.”

“Unfortunately, the ground on which our bilateral relations and cooperation with Austria can be normally sustained has disappeared,” Cavusoglu said.

“We will not remain insensitive in our bilateral relations, we will take certain steps,” he said.

Cavusoglu added: “We cannot be two-faced like them, we are against all kinds of terror.”

The minister did not give further details on the steps to be taken, but warned: “We will approach them the way they approach us”.

On Aug. 3, Austrian Chancellor Christian Kern had also called accession talks with Turkey a "diplomatic fiction" and said he wanted the EU leaders to reconsider their approach with regards to Ankara. Later, Kern criticized anti-coup protests by Turks in Austria and called them "radical".

Foreign Minister Mevlut Cavusoglu had, at the time, slammed the Austrian chancellor’s remarks, saying Austria was the “capital of radical racism.”

Speaking at the news conference on Monday, Moldovan Foreign Minister Galbur, for his part, recalled that his visit to Turkey “was planned before the failed coup attempt” and that it “symbolizes the deepening strategic partnership between our two countries.”