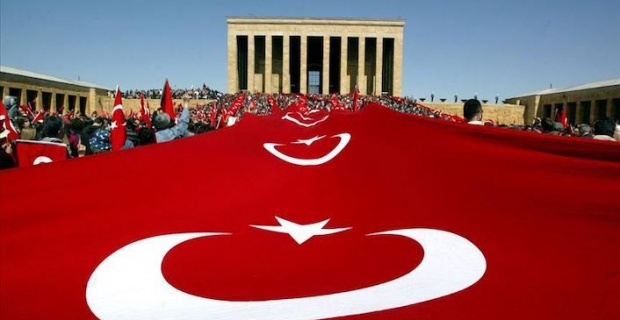 “We once again commemorate the Commander-in-Chief of the War of Independence, the founder of our Republic, our first President and Veteran Mustafa Kemal Ataturk, on 81st anniversary of his demise,” Erdogan said.

“We will continue with all our strength to live, sustain, develop and strengthen our republic that we inherited from him,” he added.

Keywords:
Mustafa Kemal AtaturkRepublic Of Turkey
Your comment has been forwarded to the administrator for approval.×
Warning! Will constitute a criminal offense, illegal, threatening, offensive, insulting and swearing, derogatory, defamatory, vulgar, pornographic, indecent, personality rights, damaging or similar nature in the nature of all kinds of financial content, legal, criminal and administrative responsibility for the content of the sender member / members are belong.
Related News