Turkey is building a wall along its border with Syria 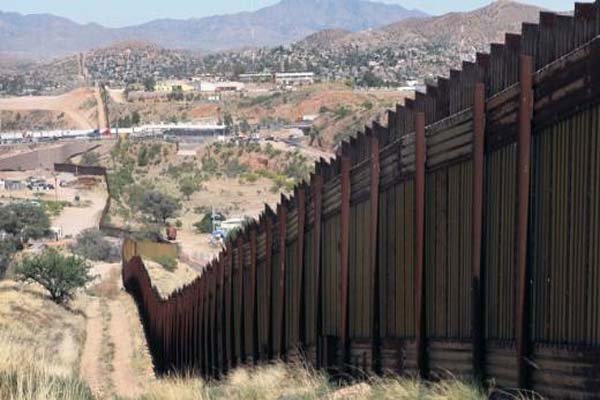 Turkey is building a two-metre high wall along part of its border with Syria near an area of frequent fighting to try to stop people from illegally by passing its checkpoints and prevent smuggling, officials said on Monday. "We haven't had border security problems in Nusaybin so far but in that area it's extremely easy for people to cross illegally. It's almost like there is no border," said a government official in Ankara. The wall would span just a fraction of the 900-km (560-mile) border, but highlights Ankara's growing concern about the spillover of violence from northern Syria, a battleground for myriad armed groups in a scramble to grab territory. A local official in Nusaybin confirmed construction work had started, but gave no details on how long the wall would be. There had been discussion of a similar wall on another part of the border which would be around 2.5 km in length. Turkey, which is sheltering around a quarter of the 2 million people who have fled Syria's conflict, is one of Syrian President Bashar al-Assad's fiercest critics and a staunch supporter of the rebels fighting against him. It has vowed to maintain its "open door" policy to those fleeing the fighting, although it has closed border crossings from time to time following clashes near the frontier. But refugees, smugglers and rebel fighters have been able to cross the border undetected in many remote areas, bypassing the main gates and leaving Turkey with a major security challenge.

Turkey, which has NATO's second-largest deployable armed forces, has responded in kind when mortars and shells fired from Syria have hit its soil during the two-and-a-half year conflict.

Turkey has sent additional troops to the border with Syria in recent weeks and over the weekend scrambled several fighter jets after Syrian planes approached the frontier.

Last week, the Turkish parliament voted to extend by a year a mandate authorising a military deployment to Syria if needed.