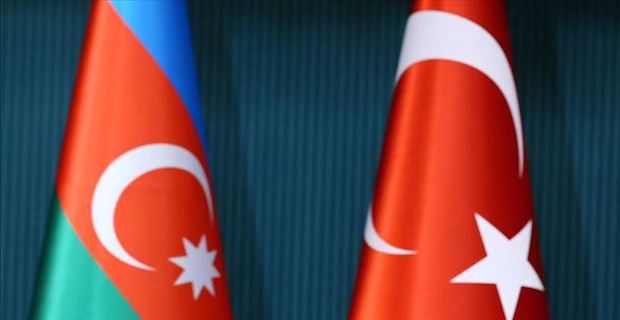 Turkey and Azerbaijan will sign a preferential trade agreement in a strategic cooperation summit in the capital Baku on Tuesday.  Turkish President Recep Tayyip Erdogan -- who is due to visit Azerbaijan on Tuesday -- and his Azerbaijani counterpart Ilham Aliyev will co-chair a High-Level Strategic Cooperation Council meeting. A total of nine agreements on trade, defense, sports and other fields are expected to be signed between the two countries.

The expected mutual customs exemption and discount on 15 different products stand out among the deals to be signed as part of the preferential trade agreement.

Turkish businesspeople in Azerbaijan said the decisions that will be taken at the meeting, especially the preferential trade agreement, will accelerate the development of trade relations between the two countries.

Cemal Yangin, head of the Azerbaijan-Turkey Business Association, told Anadolu Agency that the long-term friendship path on trading would start with the preferential trade deal between Baku and Ankara.

Huseyin Buyukfirat, head of the Turkey-Azerbaijan Businessmen's and Industrialists' Association, said the agreement will further advance the trade relations between the two countries, adding that new business areas would open thanks to it.

"We, as businesspeople, will give the utmost support to implement the agreements," Buyukfirat said.

Abdurrahman Uzun, head of Independent Industrialists' and Businessmen's Association (MUSIAD) in Azerbaijan, said the trade agreement would be a "very valuable deal" for both countries.

He said the agreement would "significantly contribute" to the trade volume and business world between Turkey and Azerbaijan, adding that the businesspeople desire to increase the competitiveness of Turkish products in the Azerbaijani market.

Keywords:
TurkeyAzerbaijanTrade Agreement
Your comment has been forwarded to the administrator for approval.×
Warning! Will constitute a criminal offense, illegal, threatening, offensive, insulting and swearing, derogatory, defamatory, vulgar, pornographic, indecent, personality rights, damaging or similar nature in the nature of all kinds of financial content, legal, criminal and administrative responsibility for the content of the sender member / members are belong.
Related News