'Nobody needs NATO more than France,' says US president 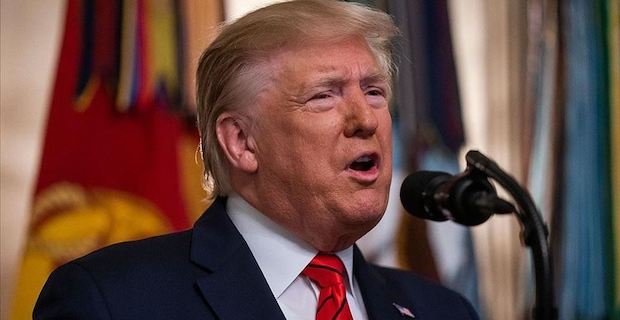 "Nobody needs NATO more than France," Trump said in a joint presser with NATO chief Jens Stoltenberg ahead of the alliance's summit in London.

He added it's "very dangerous" for France to make such comments.

Earlier November, Macron called NATO "brain dead" in an interview with The Economist. He also expressed doubts on the applicability of the principle of collective defense, explaining that the U.S. showed signs of "turning its back" on its military allies as it had "demonstrated starkly with its unexpected troop withdrawal from northeastern Syria last month."

The Trump administration on Monday proposed tariffs on up to $2.4 billion worth of French imports, including cheese, lipstick, handbags and sparkling wine, in a tit-for-tat response to France's tax on American tech giants including Google, Amazon and Facebook.

Keywords:
U.S. President Donald TrumpNATO
Your comment has been forwarded to the administrator for approval.×
Warning! Will constitute a criminal offense, illegal, threatening, offensive, insulting and swearing, derogatory, defamatory, vulgar, pornographic, indecent, personality rights, damaging or similar nature in the nature of all kinds of financial content, legal, criminal and administrative responsibility for the content of the sender member / members are belong.
Related News