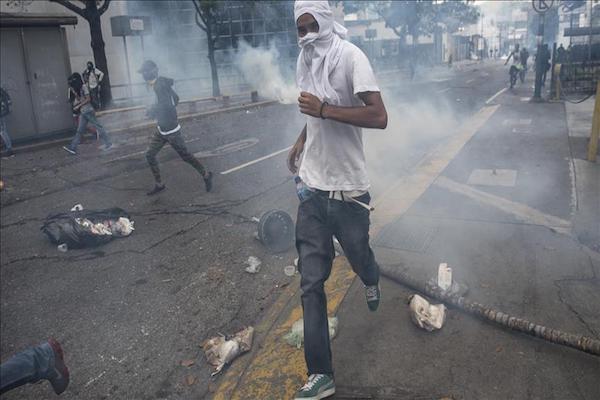 A 17-year-old protester was killed after being shot in the head in San Bernardino, a zone in northeast Caracas, according to local media. Lawmaker Olivia Lozano told the El Nacional newspaper the perpetrators were supporters of the ruling party. The opposition coalition Democratic Unity Table (MUD), has denounced what it believes is police repression and Attorney General Luis Ortega Diaz have called on the government to respect the right of protest. Hundreds of opponents in different parts of Caracas clashed with security forces in an attempt to continue protests despite the use of tear gas by police to disperse and block the march. Venezuela is grappling with a new wave of political protest since April 4 that has led to the deaths of six people and nearly 600 arrests.