My Liverpool trip became more interesting than I had originally planned. Of course nothing compared to London, but the Liverpool museums and galleries, that I visited, took me on a journey to a very different world 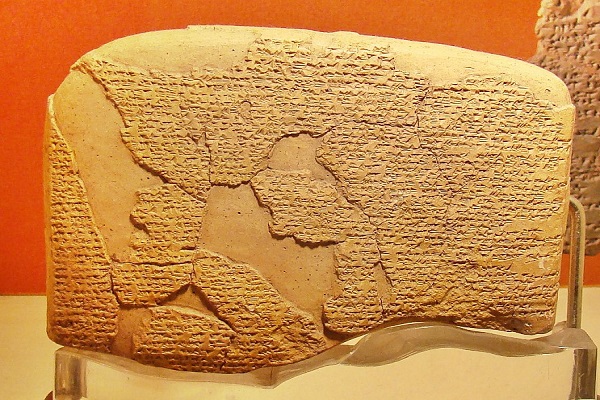 From the exhibition, “The Indian Storytelling” at the World Museum to the “The coming of Hittites” exhibition at the Victoria Galleries, part of the Liverpool University. Everything which I have seen and witnessed, tells me that Liverpool is not only a multicultural city but it offers an enormous treasure on the trail of the art scene, not mentioning the city that gave the world the Beatles.

Reading the pages of city guide about the Hittites exhibition, not a minute to waste, I made my way to see the exhibition at the University of Liverpool.

The curiosity, of being Turkish, and wanting to find out how the rich culture and history of Hittites (now modern Turkey) were displayed dragged me to the Victoria Galleries.

I had learned about the Hittites first in the history class at school in Turkey, and later gained more information about this rich civilisation at the archaeology museum in Turkey, Istanbul. The ancient tablets that have been preserved can be admired in the quiet halls of the archaeology museum along with all kinds of many different objects from the Hittites culture and period.

Although the exhibition “The coming of Hittite’s” was small and most of it was presented in multimedia format, for me it was a great joy and not a disappointment. Seeing some of the 33,000 images by one of the pioneering English archaeologists John Garstang (1876-1956) taken during his work in Turkey, at the beginning of 1900’s, were very interesting. The images were very captivating especially viewing them sitting in an old traditonal Turkish tribe tent with the sound of the digging and shovel work in the background.

But most interesting was the information given on the first ever world’s peace treaty which was made between the Egyptians and the Hittites. It took thirteen years of hard work and effort by the Egyptian and Hittites diplomats to prepare and negotiate to hammer out the peace treaty, which was signed by Hatusilis III and Ramesses II, the peace treaty is also known as, ‘The Treaty of Kadesh’ as the first recorded international treaty.

It was fascinating to read about the treaty elements which were written around 1200 BC as it was a treaty from the ancient millennium and centuries past.

Some of the striking points of the ‘Treaty of Kadesh’ included:

. Mutual non-aggression and the establishment of agreed borders

. Mutual assistance in the event of hostile actions from bordering states

.The extradition of fugitive and amnesty for refugees

Especially now, when with the leadership of USA, Prime Minister of countries in the West like Britain and France are keen to go to war over Syria on the basis that Syria is using chemical weapons against her own people. The ‘Treaty of Kadesh’ should be read and studied by the war mongering leaders. It is a Deja-vu indeed, as these Western leaders are insisting that Syria possesses WMDs and poses danger to neighbours and to World Peace.

Apparently the West has learned nothing from history and has conveniently forgotten so soon, how the war on Iraq resulted with the destruction of the region with heavy price being paid by ordinary Iraqis.

As a replica of the Treaty is displayed at the Headquarters of the United Nations in New York and the complete version of the Hittite text is housed in the Archaeological Museum, in Istanbul. There is an opportunity for us all and the UN to study the original treaty for a better understanding, why two nations thousands of years ago decide to have peace and why it is important to have peace between nations.

After returning from Turkey John Garstang displayed his discoveries in the Hittite and Aegean Room at the Liverpool Museum, which opened to the public in 1931.Unfortunatly the room was destroyed during the May Blitz in 1941. “The coming of Hittites” now contains only few of the remaining original items from Garstang’s excavations but thousands of photographs of the original objects from Hittites and also photographs of people in Turkey from late 1920’s, who were helping John Garstang with his excavation work and who were living in that region, have survived.

The exhibition is like a mirror from the past where the human being can see its reflection, while looking into it and wondering what has changed over the last 3000 years and what lessons are there for us to learn from these visionary Hittites and Egyptians.

I wish only the enlightened Hittite’s exhibition should have been displayed in one of the central Liverpool Museums where many more visitors would have the opportunity to see it, rather than missing out as it is a long trip to get to the hidden Victoria Galleries at the University of Liverpool. One has to be inquisitive with a dose of passion and determination to explore the world of exhibitions, but for especially for getting off the normal trail to explore the Hittites history.

Perhaps the lyrics by John Lennon “Imagine all the people living life in peace. You may say I'm a dreamer, but I'm not the only one. I hope someday you'll join us, and the world will be as one. ” should have been displayed along with the exhibition, so the connection of the treaty and Beatles songs on ‘peace’ would have been more significant.

By Semra Eren-Nijhar
Your comment has been forwarded to the administrator for approval.×
Warning! Will constitute a criminal offense, illegal, threatening, offensive, insulting and swearing, derogatory, defamatory, vulgar, pornographic, indecent, personality rights, damaging or similar nature in the nature of all kinds of financial content, legal, criminal and administrative responsibility for the content of the sender member / members are belong.
Related News