The President of the 28th IMO Assembly 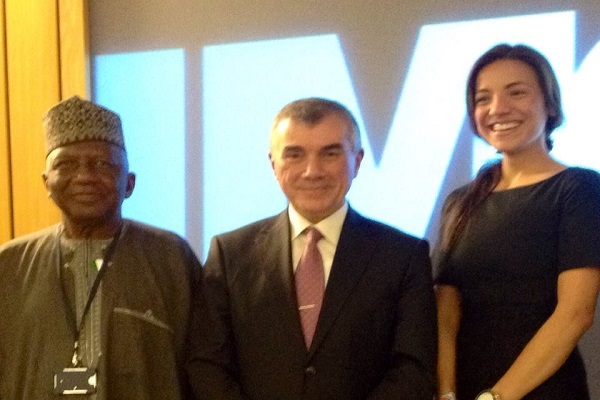 Ambassador Ünal Çeviköz has been elected The President of the 28th IMO Assembly.  IMO'S new president Çeviköz has two Vice-Presidents. High Commissioner of Nigeria HE Dalhatu Sarki Tafida and Ambassador of Panama HE Ana Irene Delgado.

Mr. Stephen Hammond, Parliamentary Under-Secretary of State for Transport, United Kingdom, welcomed delegates to the Assembly on behalf of the host Government.

The meeting is being attended by more than 1,000 delegates from IMO Member States as well as from international governmental and non-governmental organizations.

In his opening address, Mr. Sekimizu outlined the achievements of the Organization during the 2012 to 2013 biennium, stressing the work on passenger ship safety, following the January 2012 Costa Concordia accident; preparation for the introduction of the mandatory IMO audit scheme; the adoption of the Cape Town Agreement to implement fishing vessel safety regulations; work on maritime security and anti-piracy measures; and progress in the preparation of the Polar Code.

In the environmental field he emphasised the implementation of the energy efficiency requirements; promotion of technical cooperation and transfer of technology relating to improvement of energy efficiency of ships; the designation of Saba Bank as a new particularly sensitive sea area; the Ballast Water Management Convention implementation plan; and the adoption of six guidelines for the Hong Kong International Convention for the Safe and Environmentally Sound Recycling of Ships.

The outgoing President of the Assembly, His Excellency Mr. Eduardo Medina-Mora, Ambassador Extraordinary and Plenipotentiary and Permanent Representative of Mexico to IMO, and the incoming President, Mr. Ünal Çeviköz, Ambassador of the Republic of Turkey to the United Kingdom, also addressed the Assembly.

The 28th session of the IMO Assembly runs until 4 December 2013 at IMO Headquarters.

The Assembly elected the following:

Mr. Ünal Çeviköz, Ambassador of the Republic of Turkey to the United Kingdom.

1st Vice-President: His Excellency Dr. Dalhatu S. Tafida, High Commissioner for the   Federal Republic of Nigeria in the United Kingdom; and

to the United Kingdom and Permanent Representative of Panama to IMO.

Ambassador Ünal Çeviköz was born in İstanbul in 1952. He graduated from the Bosphorus University, Department of English Literature in 1974 and Political Science in 1978. He also holds a master’s degree in International Relations from Free University of Brussels (1993).

Ambassador Çeviköz entered into the foreign service in 1978. He served in the Turkish Embassies in Moscow and Sofia and in the Turkish Consulate in Bregenz. He joined the International Secretariat of NATO in Brussels in 1989. He also served in different political departments in the Ministry. His main areas of specialization were Eastern Europe, the Balkans, Central Asia and the Caucasus.

Between 2007 and 2010, Ambassador Çeviköz has held the position of Deputy Undersecretary for Bilateral Political Affairs in the Ministry of Foreign Affairs. His portfolio covered Eastern Europe, the Caucasus, Asia, Africa as well as international security issues (NATO, OSCE, disarmament).

Since July 2010, he serves as the Ambassador of the Republic of Turkey to the United Kingdom of Great Britain and Northern Ireland.

Ambassador Çeviköz is married and is the father of two children. He speaks English, French and Russian.