Grateful to Turkey for its hospitality, many Syrian people hope there will be a permanent peace as soon as possible. 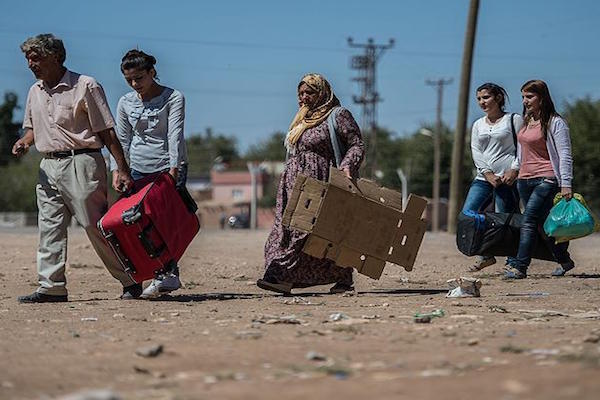 GAZIANTEP, Turkey and ALEPPO, Syria-Syrian people returning to the liberated city of Jarabulus told Anadolu Agency Thursday of their relief at being able to finally go home. Cleared of terrorists by Turkey’s Operation Euphrates Shield, Jarabulus is seeing the return of former residents from the nearby Turkish province of Gaziantep. Grateful to Turkey for its hospitality, many Syrian people hope there will be a permanent peace as soon as possible.

One former resident, Turki Cemal, arrived in Gaziantep in 2013. He told an Anadolu Agency correspondent on Thursday he had decided to return to Syria with his mother and siblings.

Cemal, who lost his father in the war, said his family had held on thanks to support from the Turkish people and the opportunities available in the country.

"Thank you Turkey for defusing our homeland and easing the war," Cemal said.

"We thank Turkey for everything. We are happy. We can return to our home," Cemal added.

Another Syrian refugee named Hazune Ali told Anadolu Agency she came to Turkey two years ago as her spouse contributed to the resistance in Syria.

Ali said her family lived with Turkish people and the state's help.

"We are grateful to Turkey," she said.

Since then, more than a quarter of a million people have been killed and more than 10 million displaced across the war-torn country, according to the UN.

The Syrian Center for Policy Research, however, puts the death toll from the six-year conflict at more than 470,000 people.