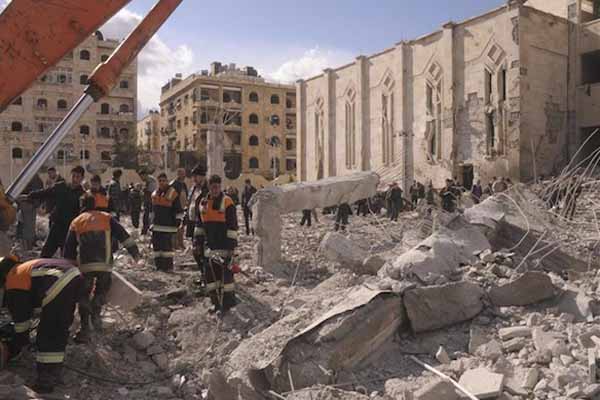 International powers are unlikely to meet their goal of convening peace talks on Syria in Geneva next month as differences emerge between Washington and Moscow over opposition representation, Arab and Western officials said. Failure of the main Syrian National Coalition to take a clear stance over the talks, which aim to find a political solution to Syria's 2-1/2 year civil war, are also expected to contribute to a delay of up to one month, the officials told Reuters. "A clearer picture will emerge when the United States and Russia meet next week, but all indications show that the Nov. 23 goal will be difficult to meet," said one of the officials involved in preparing for the talks.

U.S., Russian and U.N envoys are due to meet in Geneva next Tuesday as part of the preparation for the long-delayed peace conference, which was first proposed back in May.

A main point of contention, the official said, is the role of the Western-backed opposition coalition - an issue which has flared up since a meeting in London last week of Western and Gulf Arab countries opposed to Assad.

Russia sees the coalition as just one part of the opposition and has suggested that several delegations, including Damascus-based figures tolerated by the government, could represent President Bashar al-Assad's foes.

That position was echoed by Hassan Abdul Azim, head of the opposition National Coordination Body, who said after meeting international peace envoy Lakhdar Brahimi in Damascus that delegates should attend not under the banner of the coalition but as part of a united "Syrian National Opposition".

A communique at the end of the London meeting also said Geneva would aim to establish a transitional government by which time "Assad and his close associates with blood on their hands will have no role inSyria".