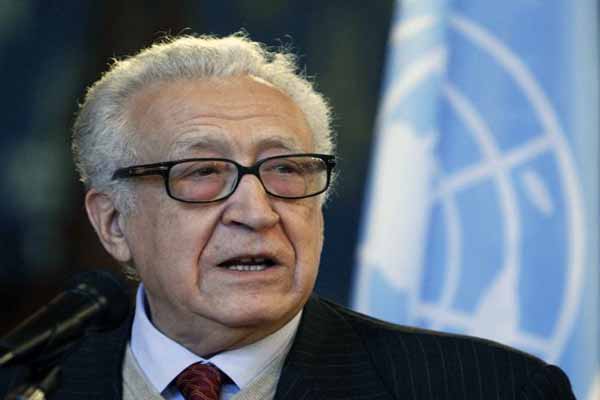 Brahimi is expected to arrive in Egypt on Saturday for talks with Foreign Minister Nabil Fahmi, a UN diplomatic source said.

The talks will focus on preparations for the Geneva II conference and efforts by the pan-Arab body chief to convince the Syrian opposition to attend the conference.

The Syrian Opposition Coalition (SOC) is expected to decide on attending the conference next week.

In Geneva, spokeswoman Khawla Mattar said that the full itinerary for Brahimi's trip has not been finalized. She added that stops in Syria and Damascus ally Iran are expected.

Mattar said the date for the long-awaited peace conference in Geneva will be announced by UN Secretary General Ban Ki-moon "in due time". She added that the meeting was likely to place in the "second half of November".

But Fayez Sara, an adviser to SOC head Ahmad Jarba, told Anadolu Agency that the coalition has not received any confirmation about the conference's date.