Syria's central bank said a $1 billion credit line from Iran will help to prop up the pound, which weakened after the U.S. decided last week to arm rebels 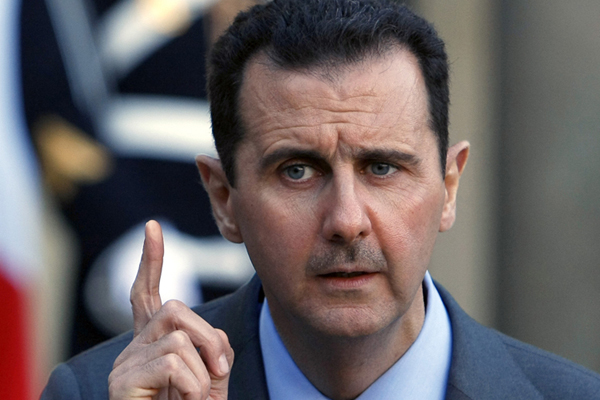 The central bank has set up a mechanism to use the credit to "finance a big part of the local market's need, which will contribute to reducing the pressure" on the pound's exchange rate, the state-run Sana news agency quoted Central Bank Governor Adib Mayaleh as saying. The report did not say when the credit line was given. The central bank plans to sell foreign currencies to banks and exchange houses starting today to finance imports and meet citizens' needs, Mayaleh said, Sana reported. Every Syrian citizen can buy as many as 1,000 euros ($1,333) a month, it said. Iran is a longtime ally of the Assad dynasty, which has ruled Syria for more than four decades. Hezbollah, an Iranian-backed Lebanese group, is fighting with the president's forces against rebels in a civil war that has ravaged the Arab country. The Syrian pound has weakened to a record this year amid the conflict, according to data compiled by Bloomberg. The currency fell 0.5 percent on June 14 after U.S. President Barack Obama decided to send light weapons to Syrian rebels.