MPs will elect John Bercow's successor as Speaker of the House of Commons later in the first election for the powerful post in more than a decade. 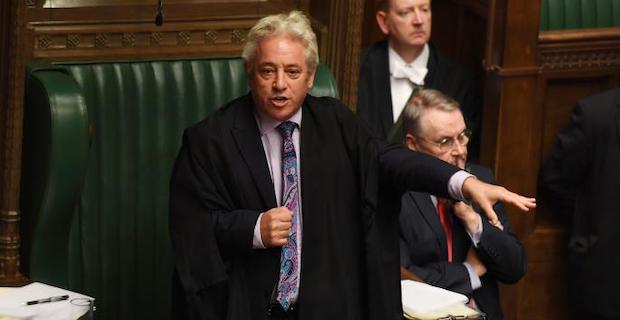 The Speaker keeps order in Commons debates and calls MPs to speak. Eight candidates are in the running, including ex-deputy Labour leader Harriet Harman and current deputy Speaker Sir Lindsay Hoyle.  At 14:30 GMT the candidates will make short speeches in the Commons after which MPs will cast their votes.

How will the vote unfold?

MPs have 20 minutes to vote in a secret ballot, and it will take about an hour to count them. If no candidate receives more half of the votes, the individual who receives the least votes will drop out, as will anyone who obtains less than 5% of the total cast. After each round, there will be a 10-minute period for candidates to withdraw.  MPs will then continue to vote until one candidate obtains more than half of the votes. The process will be overseen by Ken Clarke, who as Father of the House is the long-serving MP in the Commons.

Who is in the running?

The eight candidates are:

Meg Hillier - chairwoman of the Public Accounts Committee and former minister; Labour MP for Hackney South and Shoreditch since 2005

He has been Mr Bercow's senior deputy for years.

"As Chairman of Ways and Means, he chairs Budget debates and selects amendments for committee stage proceedings on bills, and has had plenty of opportunity to demonstrate his credentials," our correspondent says.

What is the Speaker's role?

The role of the Speaker has come under increasing scrutiny over the past few years - and Mr Bercow has been both praised for boosting the influence of backbench MPs and criticised for stretching parliamentary rules.  Some have also accused him of not being impartial when it comes to Brexit.

The Speaker is responsible for choosing which amendments can be voted on - a power that has proved particularly significant in the Brexit process.

He is also in charge of upholding parliamentary rules, and Mr Bercow twice angered some MPs by refusing to allow the government to hold another vote on an already rejected Brexit deal.

The Speaker can also permit MPs to ask urgent questions whereby government ministers are summoned to the House of Commons over a time-sensitive or important matter.

During his years in the role, Mr Bercow dramatically increased the number of urgent questions asked.

Keywords:
House Of CommonsJohn Bercow
Your comment has been forwarded to the administrator for approval.×
Warning! Will constitute a criminal offense, illegal, threatening, offensive, insulting and swearing, derogatory, defamatory, vulgar, pornographic, indecent, personality rights, damaging or similar nature in the nature of all kinds of financial content, legal, criminal and administrative responsibility for the content of the sender member / members are belong.
Related News