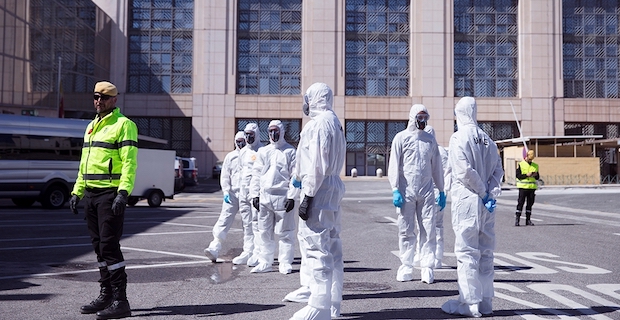 At least 598 people have lost their lives in Spain due to COVID-19 and another 13,716 have been confirmed to have the virus, according to data released by the Spanish Health Ministry on Wednesday. The country reported over 100 deaths and 2,500 new confirmed cases in one day, while other 774 are in intensive care units (ICUs).

“At the moment, there are some ICUs that are overwhelmed, but most in the country are still functioning normally,” said Fernando Simon, head of Spain’s emergency services.

Since last Sunday, the country has only been testing either those with acute respiratory infection who need to be hospitalized or essential workers, meaning the recently confirmed cases are serious. Simon said the country hopes to increase testing in the coming days.

Spain is the fourth-worst affected country in the world by the pandemic and has been in lockdown since last Saturday evening. 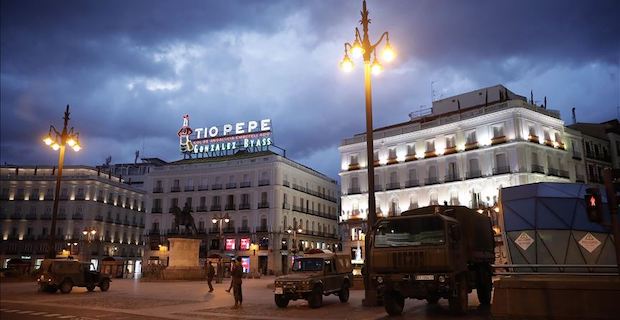 On Wednesday, a director of the Spanish police force confirmed in a press conference that 73 people have been detained for not obeying the emergency law, which forbids people from leaving their homes for non-essential reasons.

Land borders with EU countries have also been established, and in over 24-hours, the government reported that 834 people have been denied entry to Spain.

On Tuesday, Spain’s Prime Minister announced the largest economic stimulus in the country’s history to deal with the economic impacts of the virus -- valued at up to €200 billion ($219 billion). It will mobilize liquidity for businesses and guarantee basic social protections for those affected by the virus.

On Wednesday, the Spanish parliament held an extraordinary session to discuss the measures. Before today, it had been closed after several politicians tested positive. Most of the parliamentary seats were empty and each time a new politician spoke, a cleaner had to disinfect the microphone and podium.

In the session, there were some disagreements and calls for stronger measures, but in general, the politicians were supportive of the government’s actions.

Worldwide, out of over 203,500 confirmed cases, the death toll now exceeds 8,200, while more than 82,500 patients have recovered, according to Worldometer, a statistics website that compiles new case numbers.

The World Health Organization has declared Europe the new epicenter of the virus, which first emerged in Wuhan, China last December.