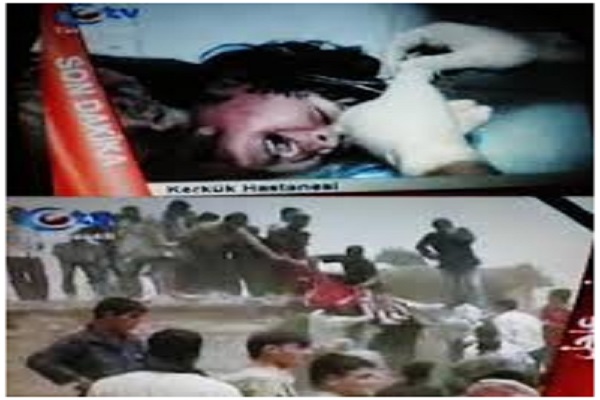 The attacks occurred before noon when one of the suicide bombers rammed his explosive-laden car into an army checkpoint and the other wearing an explosive vest blew himself up at a marketplace in the city.

Coordinately, 12 roadside bombs detonated in different places across the city, and most of the blasts targeted crowded civilian areas, the source said.

"The latest reports put the toll at 21 killed and 40 wounded by the blasts of Tuz-Khurmato," the source said, adding that the toll could rise as ambulances, police and civilian vehicles evacuated the wounded to the city's hospitals.

"There is no immediate report about the exact number of casualties," the police said.

The city of Tuz-Khurmato is within disputed areas, The attacks on Turkmens in this area has been intensified in last two years and it is continue until this day on a daily basis. Most of the Turkmens in these areas were either threatened or kidnapped, their properties have been destroyed.  More than 45,000 Turkmens left the city to seek safe refuge in other areas.