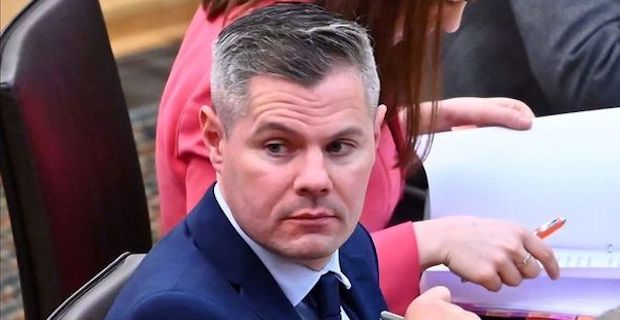 Scotland’s finance secretary has resigned on Thursday after allegations that he sent text messages to a 16-year-old boy on social media. Derek Mackay’s resignation came on a day he would deliver next year’s budget in parliament. The allegations were made public by The Scottish Sun newspaper, which said Derek sent 270 messages to the teenager over a period of six months. First Minister Nicola Sturgeon confirmed the resignation, saying Derek “recognizes that his behavior failed to meet the standards required.”

“I take full responsibility for my actions. I have behaved foolishly and I am truly sorry. I apologize unreservedly to the individual involved and his family,” Mackay said.

He said: “I spoke last night with the first minister and tendered my resignation with immediate effect. Serving in government has been a huge privilege and I am sorry to have let colleagues and supporters down.”

Keywords:
Derek MackayScottish Finance Secretary
Your comment has been forwarded to the administrator for approval.×
Warning! Will constitute a criminal offense, illegal, threatening, offensive, insulting and swearing, derogatory, defamatory, vulgar, pornographic, indecent, personality rights, damaging or similar nature in the nature of all kinds of financial content, legal, criminal and administrative responsibility for the content of the sender member / members are belong.
Related News