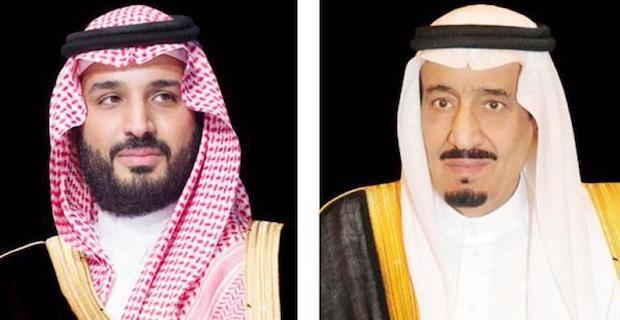 Saudi King Salman and his Crown Prince Mohammed bin Salman have offered their condolences to the family of veteran journalist Jamal Khashoggi, who was killed at the Saudi Consulate in Istanbul.

The Saudi monarch expressed his deep condolences during a telephone call he made with Khashoggi’s son Salah on Sunday, according to the official SPA news agency.

Salah, for his part, thanked the Saudi king for his condolences, SPA said.

In another telephone call with Khashoggi’s son, Crown Prince Mohammed bin Salman expressed his condolences to the family and relatives of the Saudi journalist.

Khashoggi, a columnist for The Washington Post, had gone missing since entering the Saudi Consulate in Istanbul on Oct. 2.

After days of denying to know his whereabouts, Saudi Arabia on Saturday claimed Khashoggi died during a fight inside the consulate.

On the day of Khashoggi’s disappearance, 15 other Saudis, including several officials, arrived in Istanbul on two planes and visited the consulate while he was still inside, according to Turkish police sources. All of the identified individuals have since left Turkey.

A joint Turkish-Saudi team completed an investigation into the case on Thursday after searching the residence of the consul general as well as the Saudi Consulate in Istanbul.

On Sunday, Turkish President Recep Tayyip Erdogan said he will make a statement on Khashoggi’s killing on Tuesday during his party's group meeting at the parliament.

Keywords:
Saudi ArabiaKhashoggi DiedSaudi Consulate In IstanbulKhashoggi Family
Your comment has been forwarded to the administrator for approval.×
Warning! Will constitute a criminal offense, illegal, threatening, offensive, insulting and swearing, derogatory, defamatory, vulgar, pornographic, indecent, personality rights, damaging or similar nature in the nature of all kinds of financial content, legal, criminal and administrative responsibility for the content of the sender member / members are belong.
Related News