Khashoggi was killed in Saudi consulate in Istanbul on Oct 2, 2018 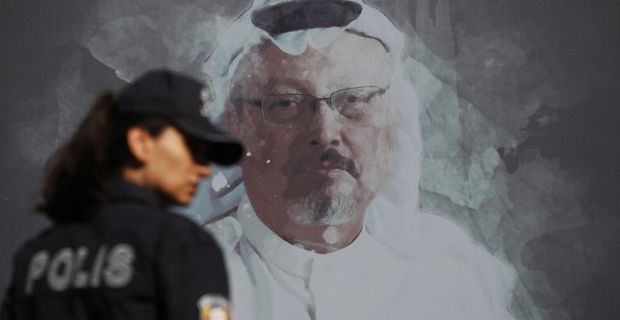 A Saudi court has sentenced five people to death for taking part in the murder of prominent journalist Jamal Khashoggi, the kingdom's public prosecution said Monday.   Khashoggi, a columnist for The Washington Post and U.S. resident, was murdered after entering the Saudi Consulate in Istanbul on Oct. 2 of last year on a visit to pick up paperwork for his forthcoming marriage.

Following 18 days of denial of the murder by Riyadh, the Saudi authorities said he was killed in a fight erupted between him and 18 Saudis, and stopped them for investigation without giving further details on the killing nor the place of his remains.

Speaking at a press conference in Riyadh on Monday, Shalaan al-Shalaan said 11 people have been put on trial in connection with Khashoggi's killing.

He said three people were given jail terms totaling 24 years in prison for their role in covering up the crime and violating law.

Al-Shalaan said the court dismissed the public prosecutor's charges against three other suspects and found them to be not guilty.

He said former royal adviser Saud al-Qahtani was investigated and was not charged in the killing.

Al-Shalaan said the former consul-general in Istanbul, Mohammed al-Oteibi, was also not charged and released because "he was not at the consulate at the time of the killing."

He said former intelligence deputy chief, Ahmed Assiri, was investigated and released after finding no evidence implicating him in the murder.

Al-Shalaan said the Public Prosecution did not file charges against ten other individuals and released them due to insufficient evidence.

"Investigations showed that there was no intent to kill Khashoggi and every suspect was investigated," he said.

The Public Prosecution said it will review the court verdicts and decide whether it will file an appeal at the Appellate Court.

There was no comment from Khashoggi's family on the verdicts.

Saudi officials, however, have insisted that the Saudi prince was not involved in the murder.

Keywords:
Jamal KhashoggiSaudi Court
Your comment has been forwarded to the administrator for approval.×
Warning! Will constitute a criminal offense, illegal, threatening, offensive, insulting and swearing, derogatory, defamatory, vulgar, pornographic, indecent, personality rights, damaging or similar nature in the nature of all kinds of financial content, legal, criminal and administrative responsibility for the content of the sender member / members are belong.
Related News