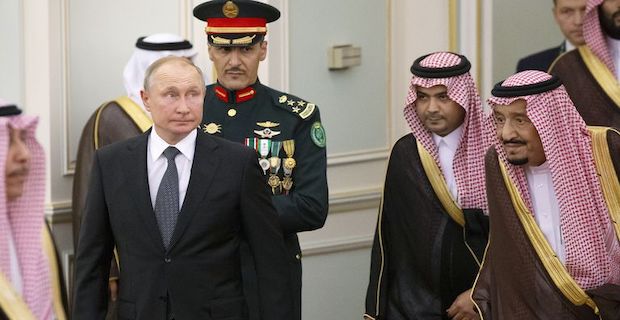 Russian President Vladimir Putin arrived in the United Arab Emirates (UAE) on Tuesday at the last leg of a regional tour that included Saudi Arabia.  The Russian leader was welcomed at the airport by Abu Dhabi Crown Prince, Sheikh Mohamed bin Zayed Al-Nahyan, according to the official WAM news agency.

Putin is expected to hold talks with Emirati officials on developments in the Persian Gulf region. Business relations between Moscow and Abu Dhabi are also expected to figure high during the talks.

The volume of trade between the two countries reached $3.4 billion in 2018.

Keywords:
Russian PresidentUAEUnited Arab Emirates
Your comment has been forwarded to the administrator for approval.×
Warning! Will constitute a criminal offense, illegal, threatening, offensive, insulting and swearing, derogatory, defamatory, vulgar, pornographic, indecent, personality rights, damaging or similar nature in the nature of all kinds of financial content, legal, criminal and administrative responsibility for the content of the sender member / members are belong.
Related News