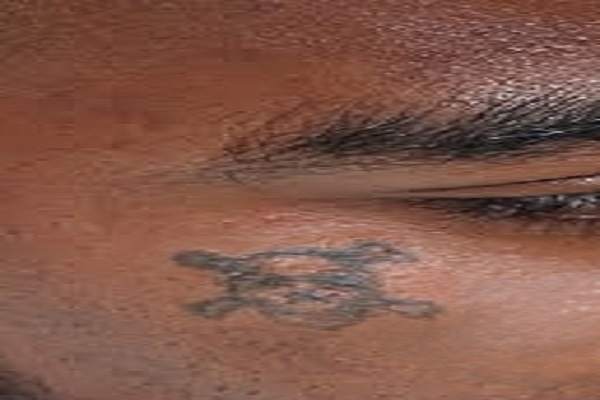 Please can you consider releasing this appeal, the suspect may have come from your area:-

Detectives are appealing for information and witnesses following an allegation of rape in the area of Star Lane DLR station, Newham.

On Saturday, 30 November 2013, at around 04:00 hours, a 16-year old girl was making her way home from an all-night rave in Cody Road. As she made her way to Canning Town station she was approached from behind by the suspect, who attacked her.

The suspect is described as a tall black man in his early 20s. He was wearing dark clothing; a hooded top with a white motif of a person and a horse on the left breast, possibly a Ralph Lauren logo, dark tracksuit bottoms with two white stripes down each leg and white Nike Airforce trainers, with a tick on both sides.

Detectives have released an artist’s impression of a tattoo, a skull and crossbones which was on the suspect’s right cheek. The tattoo appeared haphazard and not professionally finished.

The victim is receiving support from specially trained officers.

Detective Inspector Simon Dobinson, from The Sexual Offences, Exploitation and Child Abuse Command, said: "I would appeal for information from anyone who was in the area at the time of this offence. We believe that the suspect may have been at the rave and in the area earlier on that night. I would particularly appeal to anyone who may recognise the description of the suspect, or of any person who has such a tattoo. Any information will be treated in the strictest confidence."

Stranger rapes of this kind are extremely rare in London but we remind people to be aware of their personal safety and their surroundings.

No arrests have been made at this stage and enquiries continue.

Anyone with information is asked to contact DC Suzie Chantry, from The Sexual Offences, Exploitation and Child Abuse Command, on 0208 217 7474.