Recorded attacks against refugees and immigrants have risen in Greece, showing that despite solidarity movements, more needs to be done 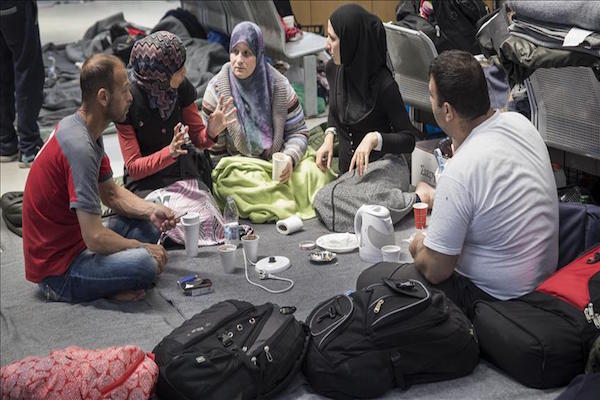 ATHENS(Vasiliki Mitsiniotou)-Recorded attacks against refugees and immigrants have risen in Greece, showing that despite solidarity movements, more needs to be done. In 2015, a little less than a million refugees and migrants reached Greece, according to the United Nations Refugee Agency. However, immigrants have been coming to Greece since the 1990s, mainly from the Balkans, according to Interior Ministry data.

The fact that a significant number of victims suffered injuries demonstrates the contrast between the solidarity that a substantial part of the Greek population expresses towards refugees and the violent behavior of another part that coexist in the same society.

The Racist Violence Recording Network (RVRN) has been keeping track of this violent behavior since mid-2011. It was created by the Greek National Commission for Human Rights (NCHR) and the Office of the UN High Commissioner for Refugees in Greece (UNHCR) due to the absence of an official monitoring system for such crimes. This umbrella network of 36 non-governmental organizations as well as other entities aims to keep track of racist attacks and offer support to the victims.

The apparent rise in incidents is largely attributed to the increase in the RVRN’s recording capacity while, according to the report, the attacks described in these records reflect a “commonplace” type of violence.

“We have certainly increased our recording capacity in 2015. But the numbers should not be the focus, because they do not necessarily reflect an escalation of racist violence as one would expect,” explains Tina Stavrinaki, RVRN spokesperson.

“What is more important is to be able to see some repeated patterns which reveal persistent phenomena of racial violence. For example we may no longer see squad assaults, but we have recorded attacks in city neighborhoods or attacks by groups of people,” she says.

However, the main phenomenon that refugees and immigrants face according to the report is verbal abuse, which may lead to further marginalization. Also, their living conditions define to a significant extent the number of incidents that could be tracked. Despite RVRN’s efforts, refugees and migrants are hesitant to go to the authorities or fill in the anonymous form for fear of this bringing more problems to an already difficult reality.

“The majority of the refugees and immigrants don’t know where they can file a complaint, or to which authority. They also lack information and support as they cannot read or they don’t have the money needed for a complaint,” says Mowavia Ahmed from Sudan, head of the Greek Forum of Migrants.

“They don’t trust authorities overall, either. The police are known for mistreating them so they only see them as a last resort,” he adds.

The RVRN data show that only 28 cases among 273 were reported to the police, including 16 reported by Greeks, not refugees or immigrants. Greek police data sent to RVRN show that 80 potentially racially motivated incidents were recorded and investigated nationwide in 2015.

However, according to the report, “Reasonable doubts are still raised as to whether all law enforcement officials are aware of their responsibility to investigate racist motives without prejudice.”

“The most difficult is to get them to talk. They feel like this is the price they have to pay for being here. One of our collaborators was physically attacked three times before he shared it with us” Moawia Ahmed says.

Stavrinaki also stresses that the frequency of the verbal violence is equally important. “This also reflects a part of Greek society,” she says.

However, thanks to a special program implemented by the Greek Forum of Migrants, more incidents were recorded in 2015, with the assistance of intercultural mediators.

“We carefully choose and train our mediators and send them to the migrants’ communities, their meeting points and sacred spaces. We have expanded our network but we can do more,” says Ahmed. “We are going to involve group and religious leaders and I am sure that in time people will respond to our efforts.”

In recent months similar initiatives from the Ministry of Justice, Transparency, and Human Rights include the establishment of a National Council Against Racism and Intolerance, the creation of a National Action Plan against Racism, legal changes, and collaborations with international organizations with expertise in this field.

However, despite the low number of incidents compared to the large number of persons having entered Greece during the refugee crisis, the RVRN says, “We must remain constantly vigilant to the risks of an escalation of violence, even by isolated groups.”