PYD not retreating, despite US assurances

The PYD -- the Syrian affiliate of the terrorist PKK -- has been enlarging its dominance west of the Euphrates River since late December and reinforcing its presence in the region using the fight against Daesh as a pretext. 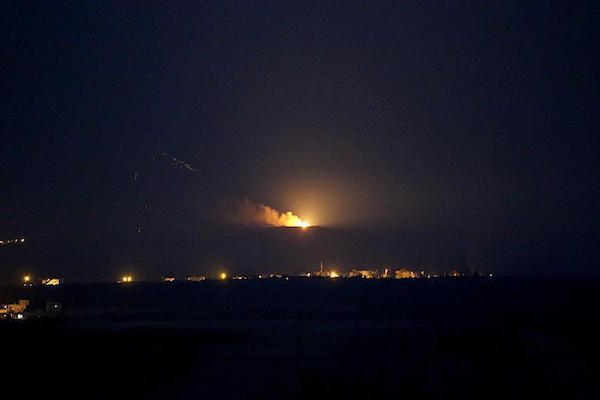 GAZIANTEP, Turkey (AVRUPA TIMES)-The PYD -- the Syrian affiliate of the terrorist PKK -- has been enlarging its dominance west of the Euphrates River since late December and reinforcing its presence in the region using the fight against Daesh as a pretext.

The group has enlarged its borders through the northern parts of Syria's city of Manbij -- located in the northeastern Aleppo province -- after it "freed" the district of Daesh with the support of Arab fighters and U.S airstrikes earlier this month.

Speaking on condition of anonymity due to security concerns, opposition and security sources north of Manbij told Anadolu Agency that the Turkish Army had warned the PYD during Operation Euphrates Shield to retreat to the Sajur River, which originates in Turkey and flows into the Euphrates in Syria.

In spite of these warnings, the group resisted retreating, but had to return to the Sajur River after the Turkish Armed Forces shelled the area.

As the Free Syrian Army advanced in Jarabulus and Daesh started retreating from the area, the PYD soon went on the attack.

The PYD later recaptured the villages of Amarinah, Magara and Balaban and two hills north of Manbij after it advanced north of the Sajuh River again Wednesday.

Security sources, who spoke on condition of anonymity due to fears for their safety, said PYD fighters would not be allowed to advance in the area and the operation would continue until the group retreated.

U.S. Secretary of State John Kerry had told Foreign Minister Mevlut Cavusoglu in a telephone call Thursday morning that PYD units were moving to the east of the river.

The PKK terrorist group's Syrian affiliate PYD had gathered the groups close to it under the name Syrian Democratic Forces (SDF).

The Syrian Arab Coalition (which includes Jaysh al-Thuwwar, the Burkan al-Firat Operations Center, Al-Sanadid Forces, and Brigade Groups of Al-Jazeera), along with the Assyrian Military Council, also joined the SDF. The administration and majority of the group were still held by the PYD.

After the SDF was founded, the U.S. bolstered its support for the PYD.

With a desire to form a PYD-controlled strip in northern Syria along the Turkish border, the PYD then targeted areas west of the Euphrates River with U.S. help.

The PYD is aiming to sever the geographical ties between Turkey and Syria using this strip, set to be completed after capturing the area between Jarabulus and Azaz after the capture of Manbij.

The group, under the SDF name, has been enlarging its area of influence since December 2015 on the pretext of fighting Daesh.