President Tatar, Two-state solution model is being discussed by the whole world

President Ersin Tatar attended the live programme of CNN Türk by a video call and evaluated the current agenda and the Cyprus problem. 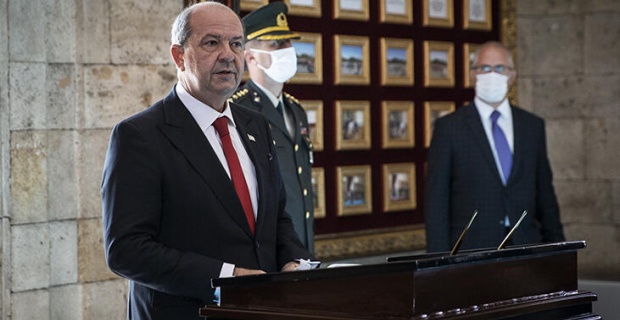 AVRUPA TIMES/LONDON-Answering the questions of the journalists, Tatar said that the Turkish Cypriot side is in full harmony with Turkey. Stating that a 5+UN informal meeting is on the agenda and the policy of the Turkish Cypriots which has been developed with Turkey is being discussed by the whole world, Tatar reminded that UN Secretary General Antonio Guterres expressed that it is our most natural right to express our views towards the future at the meeting. Tatar stressed that as the President of the Turkish Republic of Northern Cyprus and the Leader of the Turkish Cypriots, what he will express at the 5+UN informal meeting is very important. “All these issues have been brought to the agenda of the whole world. A two- state solution model is being discussed by the whole world” President Tatar added.

Furthermore, stressing that there are two states in Cyprus and that he supports a solution model based on the cooperation of two states living side by side on the basis of equal sovereignty, Tatar said that the complicated structure of a federation is very difficult to be implemented.

President Tatar: “Our determination is to implement a sovereign two-state model”

President Ersin Tatar made evaluations regarding the Cyprus issue and the statements made by the Greek Prime Minister Kyriakos Mitsotakis and the Greek Cypriot Leader Nikos Anastasiades during the joint press conference following their meeting.

Stating that their commitment is towards ensuring their people's political equality, sovereignty, Turkey's full and effective guarantee and  maintaining the presence of Turkish troops in Cyprus, freeing Turkish Cypriot people from the minority status and implementing a two separate sovereign state model, which is the only realistic solution, Tatar said that while their efforts continue to implement two different sovereign state model that is compatible with the realities of Cyprus on the other hand the provocation of the Greek Cypriot-Greek duo against the solution still continues.

Explaining that the latest example of this was experienced during the visit of Greek Prime Minister Kyriakos Mitsotakis to the Greek Cypriot side, Tatar continued:

Criticising the statement of the Greek Prime Minister Kyriakos Mitsotakis regarding accusing Turkey of being an occupier, Tatar stated that Mitsotakis tried to hide the real occupier which is Greece.

Tatar : “It is Greece who founded the EOKA terrorist organisation, which is the main occupier in Cyprus, supported and organised the Greek attacks launched to destroy the Turkish Cypriot people in line with the Akritas Plan, and organised the 15 July 1974 coup to realise the annexation of Cyprus to Greece "

Tatar finally expressed that his wishes and efforts are to change the Greek Cypriot mentality and to adopt a solution model based on two sovereign states that would bring peace to Cyprus and the region.

Turkish Republic of Northern Cyprus (TRNC) Prime Minister Ersan Saner pointed out that Greek-Greek Cypriot duo continued to reject understanding the need of the Turkish Cypriot people to achieve their sovereignty and security.

Via his written statement Prime Minister Saner condemned the statements of Greek Prime Minister Kyriakos Mitsotakis in a joint press conference with the Greek Cypriot leader Nikos Anastasiades during his visit to South Cyprus.
Saner mentioned that it was Greece who created the Cyprus Problem for their Enosis dream and the only invader in Cyprus was the Greek Cypriot side which pushed Turkish Cypriots out of the 1960 Cyprus Republic by the force of arms.

Prime Minister Saner said that Turkey prevented Cyprus from becoming Greek and not only saved the Turkish Cypriots but also saved the Greek Cypriots from the attacks of the of Greek coup. Saner underlined that there is not much to say about the statements of Anastasiades, who had been responsible for the collapse of the efforts to reach a federal solution in Crans Montana and who had voiced a two-state solution but then backpedalled because of the following allegations of corruption as well as pressure from the Greek Cypriot Communist political party AKEL which always behaves in accordance with the church. 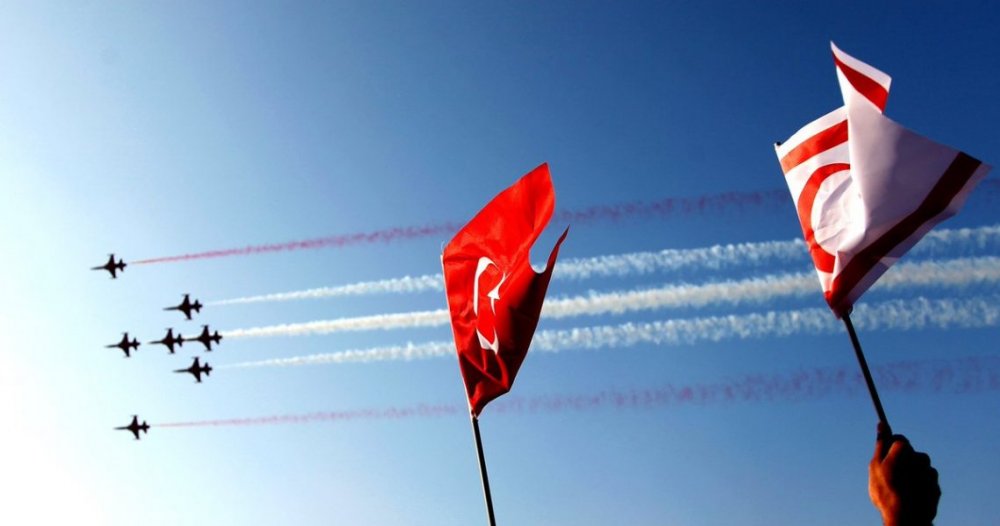 Turkish Vice President Fuat Oktay will pay a working visit to the Turkish Republic of Northern Cyprus (TRNC) today (10th February).
Fuat Oktay is expected to meet together with the TRNC President Ersin Tatar, Prime Minister Ersan Saner and the Speaker of the TRNC Assembly Önder Sennaroğlu. During the two-day working visit, talks on a financial cooperation protocol between Turkey and the TRNC will be held.

Keywords:
CyprusPresident TatarTwo-state SolutionCyprus Problem.
Your comment has been forwarded to the administrator for approval.×
Warning! Will constitute a criminal offense, illegal, threatening, offensive, insulting and swearing, derogatory, defamatory, vulgar, pornographic, indecent, personality rights, damaging or similar nature in the nature of all kinds of financial content, legal, criminal and administrative responsibility for the content of the sender member / members are belong.
Related News