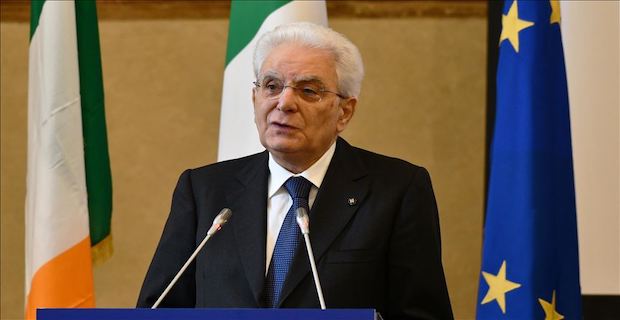 Italy's president accepts premier Conte's resignationItaly's Prime Minister Conte has formerly resigned over a political crisis that came with the country's Deputy Prime Minister and Interior Minister Matteo Salvini's call for snap elections.Following the crisis, Conte had announced in his speech earlier today that he would resign.

President Mattarella has called for consultation to find a solution to the crisis after he accepted Conte's resignation.

Tensions within the coalition between Salvini’s right-wing League party and the populist Five Star Movement (M5S) have recently mounted over an infrastructure project involving a high-speed rail link with France.

Both parties blamed each other for the deep divisions in the coalition, prompting Salvini to call for new elections.

M5S and the League party formed a coalition government on June 1, 2018 under the leadership of technocrat Conte.

Keywords:
Italys PresidentPresident Of Italy Sergio Mattarella
Your comment has been forwarded to the administrator for approval.×
Warning! Will constitute a criminal offense, illegal, threatening, offensive, insulting and swearing, derogatory, defamatory, vulgar, pornographic, indecent, personality rights, damaging or similar nature in the nature of all kinds of financial content, legal, criminal and administrative responsibility for the content of the sender member / members are belong.
Related News