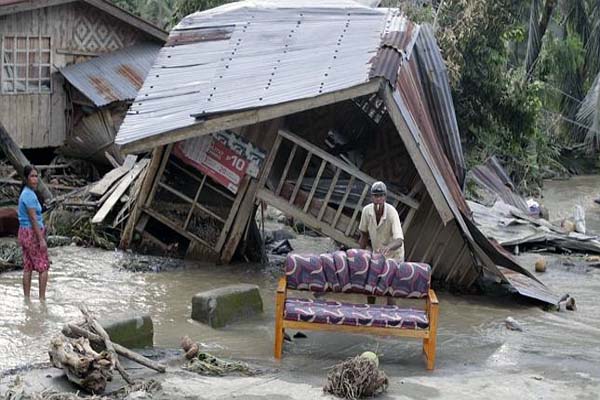 Desperation gripped Philippine islands devastated by Typhoon Haiyan as looting turned deadly on Wednesday and survivors panicked over delays in supplies of food, water and medicine, some digging up underground water pipes and smashing them open. Five days after one of the strongest storms ever recorded roared over cities and towns in the central Philippines, survivors in remote regions complained they had yet to receive any aid.

President Benigno Aquino said local officials had overstated the loss of life, saying it was closer to 2,000 or 2,500 than the 10,000 previously estimated. His comments, however, drew scepticism from some aid workers.

Eight people were killed when looters raided rice stockpiles in a government warehouse in the town of Alangalang, causing part of the building to collapse, local authorities said.

Looters also raided warehouses owned by food and drinks company Universal Robina Corp and drug company United Laboratories in the storm-hit town of Palo in Leyte, along with a rice mill in Jaro, said Alfred Li, head of the Leyte Chamber of Commerce and Industry.

Soldiers sent in by Aquino to restore order in the city of Tacloban, which bore the brunt of the storm, fired shots into the air to scatter looters, television footage showed.