Pegasus Airlines plane 'skids off runway, splits in two and bursts into flames' 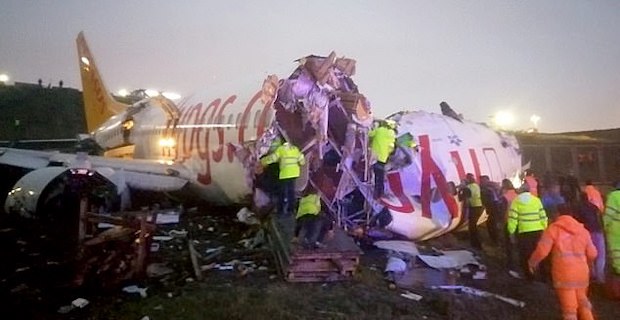 Twenty one people are injured after a plane has skidded off a runway, split in two and burst into flames. The Boeing 737-800 internal flight from Izmir appears to have skidded in wet weather at Istanbul's airport in Turkey. Turkish officials say  52 were injured in the incident but there are no reports of any deaths at this stage. 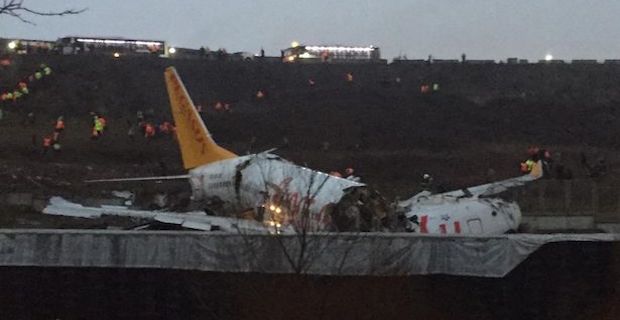 Footage shows serious damage to the fuselage, with passengers being evacuated through the cracks caused by the impact. Bloodied passengers can be seen on a shuttle bus ferrying survivors away from the plane following the incident. 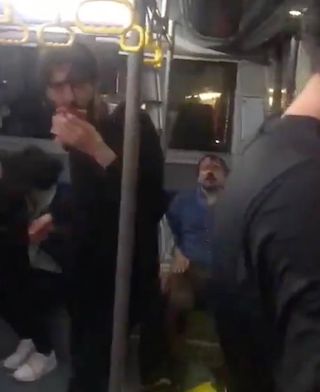 It is thought the aircraft, carrying 177 passengers  and six crew members according to Turkish media, was coming in to land at Istanbul's Sabiha Gokcen Airport although details are not clear.

Keywords:
Pegasus AirlinesPegasus Airlines Plane
Your comment has been forwarded to the administrator for approval.×
Warning! Will constitute a criminal offense, illegal, threatening, offensive, insulting and swearing, derogatory, defamatory, vulgar, pornographic, indecent, personality rights, damaging or similar nature in the nature of all kinds of financial content, legal, criminal and administrative responsibility for the content of the sender member / members are belong.
Related News