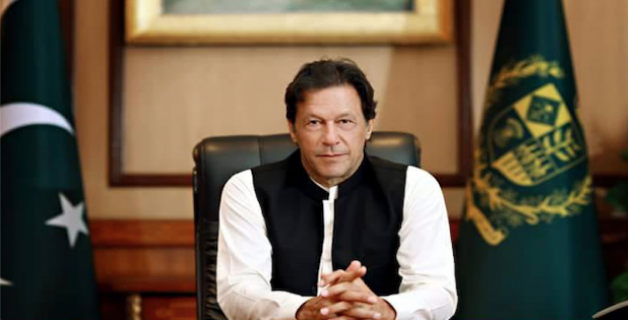 Prime Minister Imran Khan on Thursday said he would seek Turkey's help in defusing tensions with nuclear-armed neighbor India in the aftermath of cross-border air raids.

“I am going to talk to [Turkish] President [Recep Tayyip] Erdogan, and I will request him to play his role in this connection,” Khan told a joint session of the parliament summoned after both countries claimed to have shot down each other's jets.

He said his country wants peace and this should not be considered a weakness, adding that he had attempted to contact Indian Prime Minister Narendara Modi on Wednesday to call for deescalation.

Khan also announced to release an Indian pilot on Friday who was arrested after Pakistani forces claimed to have downed two Indian jets who had entered their territory.

India denied the claim saying it has downed one Pakistani jet on Wednesday and in the process lost one of their own jets.

Reiterating his offer for dialogue, Khan dubbed the lingering Kashmir dispute was the bone of contention between the two countries, and underlined the need to address it.

"Shouldn't they [India] be asking why a 19-year-old agreed to become a human bomb? Why Kashmiri youths have lost fear for death?" he said, referring to a Jaish-e-Mohammad (JEM) suicide bomber who claimed to have carried out an attack in Kashmir that killed more than 40 Indian paramilitary troops in mid-February.

Pakistan, which has banned JEM since 2002 but is accused by India of providing the group a sanctuary, denied the claim saying the Indian jets had dropped bombs at empty forestland.

Keywords:
Imran KhanPakistan Seeks Turkeys Help
Your comment has been forwarded to the administrator for approval.×
Warning! Will constitute a criminal offense, illegal, threatening, offensive, insulting and swearing, derogatory, defamatory, vulgar, pornographic, indecent, personality rights, damaging or similar nature in the nature of all kinds of financial content, legal, criminal and administrative responsibility for the content of the sender member / members are belong.
Related News