Over 80 kg of illicit drugs seized in Turkey 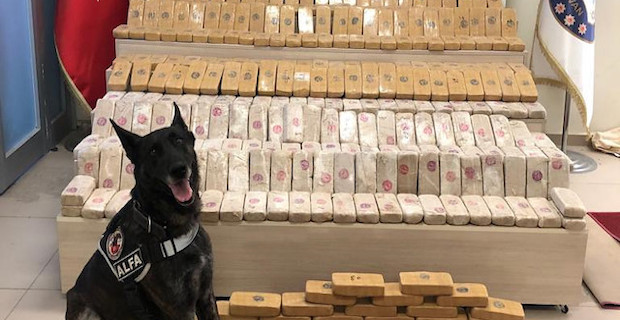 Police seized over 80 kilograms (176 pounds) of illicit drugs in Turkey on Wednesday, security sources said. In the eastern Van province, some 55 kg (121 Ibs) of heroin were confiscated when anti-drug police stopped a car in Tusba district, the local police said in a statement. Following a search in the car, police found drugs piled in the trunk in 108 packages.  The driver and a suspect were arrested over the charges of drug smuggling.

Separately, 27 kg (59 Ibs) of marijuana was seized in southeastern Mardin province-based simultaneous operations in three provinces against drug traffickers, according to local police.

Five suspects were remanded into custody over the incident.

Keywords:
Illicit DrugsDrugs
Your comment has been forwarded to the administrator for approval.×
Warning! Will constitute a criminal offense, illegal, threatening, offensive, insulting and swearing, derogatory, defamatory, vulgar, pornographic, indecent, personality rights, damaging or similar nature in the nature of all kinds of financial content, legal, criminal and administrative responsibility for the content of the sender member / members are belong.
Related News