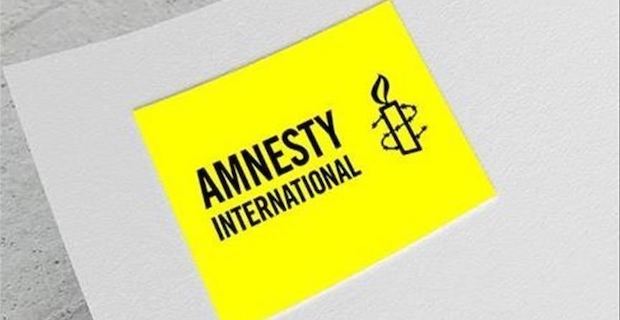 “The organization believes that the real death toll may be much higher, with some reports suggesting as many as 200 have been killed,” it added.

Noting that there are reports of deaths of “a handful of protesters” and at least four members of the security forces, Amnesty said video footages and images indicate use of live ammunition.

“The authorities must end this brutal and deadly crackdown immediately and show respect for human life,” the group quoted Philip Luther -- research and advocacy director for the Middle East and North Africa at Amnesty International -- as saying.

Citing accounts of eyewitnesses corroborated by video footage, Amnesty International said, snipers, and in once case a helicopter, also shot into crowds of people from rooftops.

Demonstrations broke out across Iran last week after the government imposed petrol rationing and raised fuel prices by at least 50%.

At least 100 banks and dozens of shops have been set ablaze during the protests, the semi-official Mehr news agency said, quoting security officials.

Though there are no official figures on the arrests, the Fars news agency said more than 1,000 protesters have been arrested.

Keywords:
Iran ProtestsAmnesty
Your comment has been forwarded to the administrator for approval.×
Warning! Will constitute a criminal offense, illegal, threatening, offensive, insulting and swearing, derogatory, defamatory, vulgar, pornographic, indecent, personality rights, damaging or similar nature in the nature of all kinds of financial content, legal, criminal and administrative responsibility for the content of the sender member / members are belong.
Related News