Our Preference in Eastern Mediterranean is Diplomacy without Preconditions, Çavuşoğlu writes 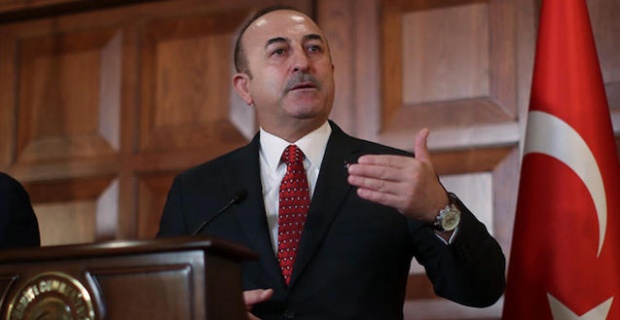 Article by Foreign Minister Mevlüt Çavuşoğlu titled “Our Preference in Eastern Mediterranean is Diplomacy without Preconditions” published in Kathimerini, 15 September 2020. The Mediterranean has always been the cradle of civilization as well as a basin of constant cultural and economic interaction. In this geography our past, present and future are inextricably intertwined. Turkey and Greece have always had only two choices: lock horns in a way that hurts both of us or find a win-win formula to define a mutually beneficial way forward.

The logic of 'permanent neighbor' naturally entails mutual respect for each other's rights. Unfortunately, this does not seem to be the case for what we experience in Turkey face these days.

Such mutual respect in turn should be manifest in a sense of obligation to solve all pending issues or outstanding conflicts through peaceful means and dialogue. In such a spirit, neighbors do not seek escalation, but seek direct diplomacy and dialogue in good faith and with an aim for genuine dispute resolution. 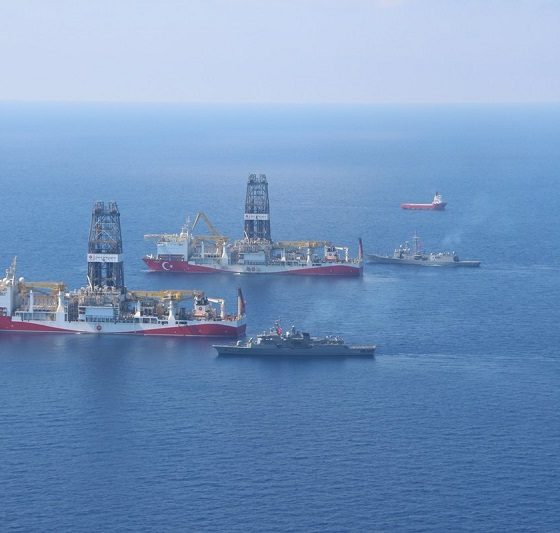 Recently, governments like that of France are displaying an ill-advised yearning for their colonialist past. Did we really forget so quickly that the colonial period brought nothing but enormous pain and suffering for so many peoples?

The pattern of accepted behavior of the metropolitan masters imposing their will on the periphery is over. Our President is advocating that the World is Bigger Than Five to call for a more equitable international order. We designate our foreign policy as Enterprising and Humanitarian to underscore the values we want to prevail and our tirelessness and creativity in pursuing them, all in service of the dictum of Peace at Home, Peace in the World formulated by Atatürk, who was nominated for the Nobel Peace Prize by Venizelos. That is why we underscore mutual respect and equitable solutions to problems.

That is why Turkey supports NATO's initiative towards de-confliction and Germany's initiative for de-escalation with the ultimate aim of reviving the already established bilateral mechanisms between Turkey and Greece. We hope that Athens understand that those are two different things. Turkey respects Greece enough not to want to negotiate and agree with other parties over issues that must be settled directly between the two neighbors.

Our basic objectives in the Eastern Mediterranean are clear:

- protection of our continental shelf rights against maximalist and excessive maritime boundary claims;

- protection of Turkish Cypriots’ equal rights over the off-shore resources of the island through the establishment of equitable revenue sharing mechanism;

- creation of a genuine, inclusive, fair and equitable off-shore energy cooperation mechanisms with the participation of all parties, including the Turkish Cypriots (proposals to this end are still on the table) in the Eastern Mediterranean.

A string of maximalist claims cannot be imposed upon Turkey through the EU which has no competence over maritime boundary delimitation. You don’t get to cut off Turkey’s access to high seas and to its own maritime zones by claiming 40 thousand square kilometers of continental shelf for a tiny island like Meis or Kastellorizo that is only 2 kilometres away from Turkey and 580 from the Greek mainland. No law nor logic nor a basic sense of fairness would allow an opposite argument.

Furthermore, attempts towards excluding a country like Turkey -with the longest relevant coastline in the region, a growing population, production capacity, and increasing energy demand - from the riches of its own neighborhood are not realistic either. As we said it several times- that shall not happen.

Therefore Turkey will naturally be firm in not allowing attempts to harm her fundamental interests. We maintain a naval presence in the region not for offensive ends, but for self-defence against interference with our seismic research activities within our own continental shelf (that was declared in accordance with international law as far back as 16 years ago, by the way!).

Dialogue and negotiations are indeed the first and foremost means in international law to address maritime boundary issues. We thus expect Greece to revive all dialogue channels with Turkey without any preconditions. Preconditions beget counter-preconditions (believe me, we could come up with quite a few of our own) and thus is not a good way to seek talks between two neighbors.

Every crisis may create an opportunity and we must seize it to move ahead peacefully. It is evident that any negotiation process should include an exercise of give and take. The alternative is sweeping the problems under the carpet and hope they go away or somebody else solves them for you. However, problems tend to get ever more complicated as time goes by, let alone disappear on their own. We need strong, effective and rational leadership in order to hand down peace and security to future generations. That exists on Turkish side. What we do today will define not only today but also tomorrow and you know all too well that Turkey can go whichever way Greece chooses. The choice is in fact not that of Turkey nor France nor anyone else for that matter but of the esteemed leaders and people of Greece.

Keywords:
Eastern MediterraneanÇavuşoğlu
Your comment has been forwarded to the administrator for approval.×
Warning! Will constitute a criminal offense, illegal, threatening, offensive, insulting and swearing, derogatory, defamatory, vulgar, pornographic, indecent, personality rights, damaging or similar nature in the nature of all kinds of financial content, legal, criminal and administrative responsibility for the content of the sender member / members are belong.
Related News