Obama to chide Republicans on spending cuts at school event 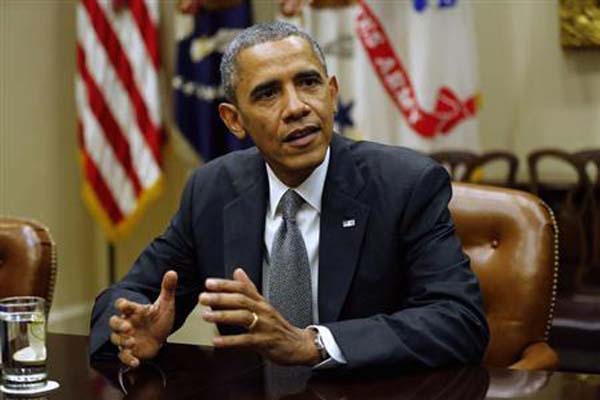 Lawmakers are girding for a conference starting Wednesday aimed at reconciling vastly different spending plans put forward by the Democratic-controlled Senate and the Republican-led House of Representatives. Obama will use a speech at the Pathways in Technology Early College High School in Brooklyn, New York, whose technology curriculum he has praised as a beacon for the future, to contrast his budget priorities with Republicans. "The president believes that the upcoming budget conference is an opportunity for Washington to focus on building a strong, secure middle class," a White House official said. "The president will continue to insist that Congress invest in our economy and create good jobs with good wages because we can't just cut our way to prosperity." The president's renewed focus on the budget comes just over a week after the end of a stalemate that resulted in a 16-day government shutdown and a near U.S. debt default. Since then, Obama has been back on the defensive over the seriously flawed online gateway to health insurance that is central to his signature health care law, often called Obamacare. White House aides say the president is looking ahead to the next round of the budget debate and wants to use the speech to contrast his goals of boosting government spending on things like schools and infrastructure with those of Republicans, who are focused on reining in the nation's debt and deficit and shrinking the role of government.

Obama is due to remind the audience that the deficit is projected to shrink this year to about half of what it was in 2009. He will say he is open to further deficit reduction, and to trimming benefits to be paid out over the long term under Social Security and Medicare, but only if they are accompanied by ending tax breaks and increasing revenues to the government.

Those lofty goals contrast with the more modest expectations expressed by some lawmakers taking part in the budget negotiations.

House Budget Committee Chairman Paul Ryan said on Thursday a new round of budget negotiations starting next week should focus more narrowly on replacing automatic spending cuts rather than an elusive "grand bargain." Ryan will lead Republicans on the 29-member panel that is trying to reach a deal before December 15.

Both parties want to minimize the impact of the across-the-board sequester cuts that went into effect in March and avoid a further $109 billion round of reductions due to bite on January 15.

The Pathways in Technology high school earned praise from the president during his State of the Union speech earlier this year for a six-year program that allows students to earn a community college degree as well as a chance to work with the partner company of the school, IBM.

The school, which also collaborates with the City University of New York, allows students to get an associate of arts degree in computers or engineering.

Obama praised the school as a model for efforts to compete with the education systems of countries like Germany, which he said was preparing students for technical jobs immediately after high school.