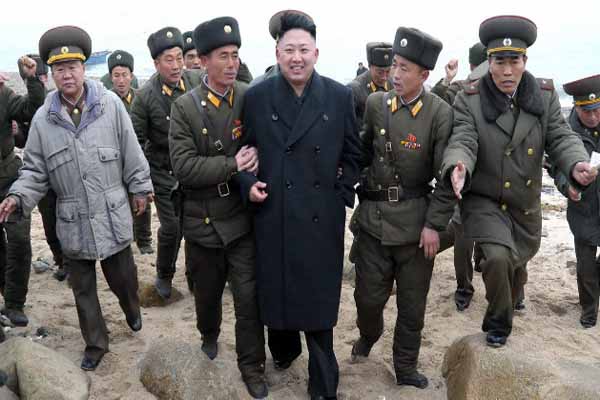 North Korea has proposed official talks with South Korea to normalise commercial projects, including the Kaesong industrial zone that had been shut down at the height of tensions between the rivals in early April. More than 50,000 mostly North Korean workers lost their jobs when the jointly run business park was closed. North Korea's state-owned KCNA news agency also said on Thursday the government would restore severed communications channels if the South accepted the offer of talks. South Korea's Ministry of Unification said in a statement that they took North Korea's offer of government-level talks positively and hoped to build trust between the two nations positively. They announced that they will hold ministerial talks with North Korea on June 12 in Seoul. The North, in a statement by its Committee for the Peaceful Reunification of Korea which handles ties with the South, also proposed discussing the reopening of tours to a mountain resort and family reunions as well as to hold events to mark the 2000 summit of their leaders. "We propose holding talks between authorities of the North and the South for the normalisation of the operation in the KIZ (Kaesong industrial zone) and the resumption of tours of Mt Kumgang on the occasion of the anniversary of the June 15 joint declaration," the committee said. Kaesong was the last remaining symbol of cooperation between both nations. The June declaration refers to the outcome of the 2000 summit between then South Korean President Kim Dae-jung and the North's Kim Jong-il, who died in 2011.

South Korea has previously proposed to hold talks with the North on reopening the Kaesong zone, but Seoul has been reluctant to link those talks with the summit commemoration, saying Pyongyang would try to use them for propaganda.

Al Jazeera's Harry Fawcett, reporting from Seoul said that North Korea's proposal carried a very different tone compared to what was seen in March. He said a possible explanation could be the number of North Korean jobs that were lost during the shutdown.

"This was a big economic hit for North Korea to take," Fawcett said.

He said that this dramatic offer for talks added to South Korean President Park Geun-hye's policy to build trust on the the peninsula, which she mentioned during her Memorial Day speech on Thursday.

From the beginning of March, North Korea has threatened to attack the South and US military bases in the Pacific using its missile and nuclear arsenal, driving tensions to the highest point in decades.

The daily barrage of threats and steps to cut off communications channels with the South and the US-led forces guarding the Korean border ceased in late April, timed with the end of annual military drills by the South and US forces.

Experts said the threats may have been designed by the North to reinforce leader Kim Jong-un's stature as a military leader and to beef up his grip on the country's nearly 1.2-million strong army.