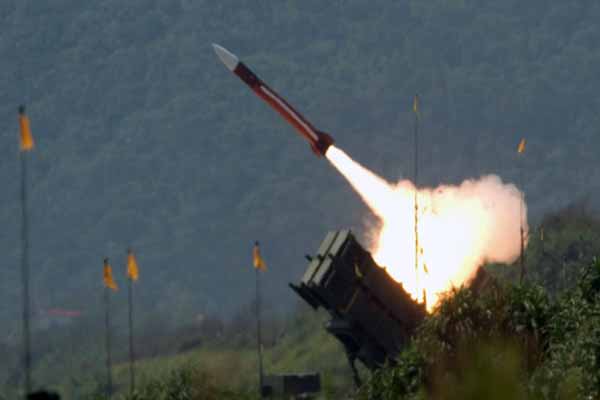 South Korea's Defense Ministry said North Korea had fired one missile on Monday morning and a second one in the afternoon. Both were fired into the sea off North Korea's east coast, a ministry official said. The launches come hard on the heels of more than two months of threats from North Korea that it would wage a nuclear war against South Korea and the United States if it were attacked. The North condemned joint U.S. and South Korean military exercises, that ended in late April, as a rehearsal for an attack on its territory. "We are conducting intense military exercises to strengthen our defence capacity," North Korea's KCNA news agency quoted the Committee for the Peaceful Reunification of Korea, the body that handles inter-Korean issues, as saying on Monday. "Our military is conducting these exercises in order to cope with the mounting war measures from the U.S. and South Korea, which is the legitimate right of any sovereign country."

North Korea frequently fires short-range missiles, although the current spate of launches has drawn criticism from South Korea and the United States after the recent threats from the North.

Seoul on Monday condemned the launches for stoking tension in the region while Beijing, the North's sole major ally, called for restraint.

"These launches are its tactic of signalling to the world that the regime is willing to negotiate now, while at the same time saving face," Kim Yeon-su, a professor at Korea National Defense University in Seoul, which is part of the Defense Ministry, said of North Korea.

Kim said that North Korea had an arsenal of hundreds of short- and medium-range missiles.

There appears to be little prospect of talks between North Korea and the United States as Washington insists that Pyongyang needs to abandon its nuclear weapons programme, something the isolated and impoverished state has said it will not do.