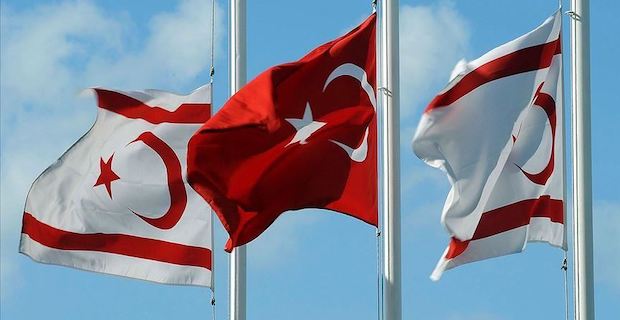 The 36th anniversary of the foundation of the Turkish Republic of Northern Cyprus will be celebrated on Friday.  “We will continue to follow values of Mustafa Kemal Ataturk, founder of Republic of Turkey,” Mustafa Akinci, president of TRNC, said while speaking to Bayrak Radio and Television Corporation.

He stressed the Turkish Cypriots will never accept threats to their freedom, originality, equality and security.

Akinci pointed out that the approach of punishing the Turkish Cypriot side did not help resolve the issue in the Eastern Mediterranean and the Turks have no choice but to seek their rights.

Turkey, as a guarantor nation for the Turkish Republic of North Cyprus (TRNC), is currently carrying out hydrocarbon exploration activities in the Eastern Mediterranean with two drilling vessels, Fatih and Yavuz, along with Oruc Reis and Barbaros Hayrettin Pasa seismic vessels in the same region.

Turkey has consistently contested the Greek Cypriot administration’s unilateral drilling in the Eastern Mediterranean, asserting that the TRNC also has rights to the resources in the area.

Tatar highlighted the Turkish Cypriots’ struggle, with the support of Turkey, for maintaining their own identity on the island.

Deputy Prime Minister and Minister of Foreign Affairs Kudret Ozersay also said: "TRNC is the most important symbol of the Turkish Cypriots’ right to determine their own future."

The TRNC was established on 15 Nov. 1983 to prevent the eastern Mediterranean island’s annexation by Greece and to protect its Turkish population.

The “Annan Plan”, put forward by former UN Secretary-General Kofi Annan was put to a referendum on both sides of the island by then-leaders Rauf Denktas and Tasos Papadopoulos in 2004.

While the plan was rejected by more than 70% of the Greek side, 60% of the island’s Turks approved it despite the many hardships it would entail.

Despite the failure of the plan, the EU admitted the Greek side with full membership totally ignoring the existence of the other half of the island.

The latest attempt to resolve the Cyprus dispute, held with the participation of the guarantor countries -- Turkey, Greece, and the U.K. -- came to an end without any progress in 2017 in Switzerland.

Keywords:
TRNCNorth Cyprus
Your comment has been forwarded to the administrator for approval.×
Warning! Will constitute a criminal offense, illegal, threatening, offensive, insulting and swearing, derogatory, defamatory, vulgar, pornographic, indecent, personality rights, damaging or similar nature in the nature of all kinds of financial content, legal, criminal and administrative responsibility for the content of the sender member / members are belong.
Related News