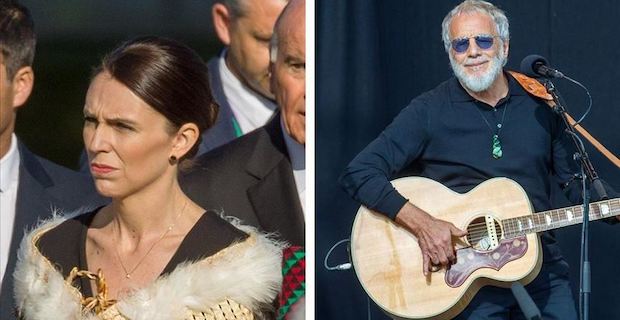 New Zealand honored the victims of the Christchurch mosque attacks in a commemoration ceremony on Friday.

Around 25,000 New Zealanders attended the memorial service for the 50 slain Muslim worshippers, including four children, who were killed in the twin attacks on the Al Noor and Linwood mosques during Friday prayers on March 15.

Yusuf Islam, Marlon Williams, and Hollie Smith performed at the service, Ko tātou, tātou - We are one, at Christchurch's Hagley Park.

"The world has been stuck in a vicious cycle of extremism breeding extremism and it must end," Ardern told the gathering.

"We cannot confront these issues alone, none of us can. The answer to them lies in a simple concept, that is not bound by domestic borders, that isn't based on ethnicity, power base or even forms of government. The answer lies in our humanity. 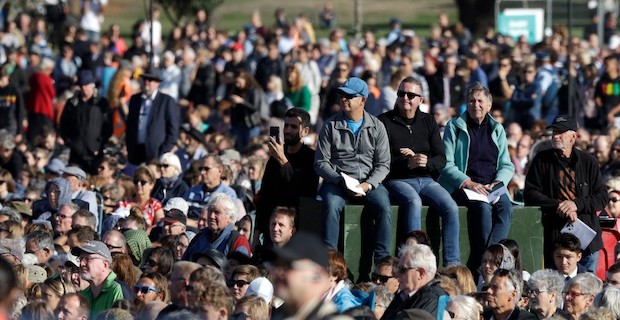 "But for now we will remember the tears of our nation and the new resolve we have formed," she said.

"What words adequately express the pain and suffering of 50 men, women and children lost, and so many injured? What words capture the anguish of our Muslim community being the target of hatred and violence? What words express the grief of a city that has already known so much pain?" Ardern asked.

"I thought there were none. And then I came here and was met with this simple greeting. As-salaam Alaikum. Peace be upon you."

Farid Ahmed, one of the survivors also addressed the crowd.

Ahmed, whose wife Husna was killed in the attacks, said he had forgiven the attacker.

"I want a heart that will be full of love and care and full of mercy and will forgive lavishly. This heart doesn't want any more lives to be lost. This heart doesn't like that the pain I have gone through ... that any human being should go through that kind of pain."

Keywords:
New ZealandChristchurch Terror VictimsNew Zealands Prime Minister Jacinda ArdernJacinda Ardern
Your comment has been forwarded to the administrator for approval.×
Warning! Will constitute a criminal offense, illegal, threatening, offensive, insulting and swearing, derogatory, defamatory, vulgar, pornographic, indecent, personality rights, damaging or similar nature in the nature of all kinds of financial content, legal, criminal and administrative responsibility for the content of the sender member / members are belong.
Related News