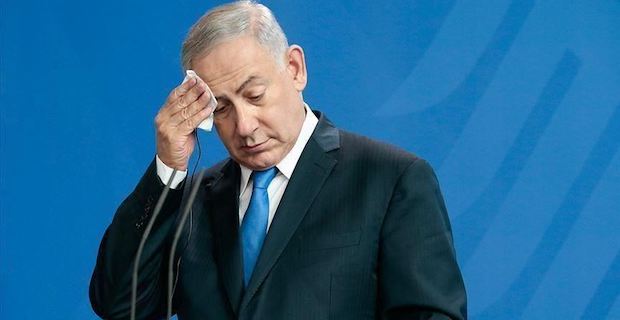 Israeli Premier Benjamin Netanyahu and some of his advisors will go into quarantine after an aide tested positive for the coronavirus, the prime minister’s office said on Monday. Netanyahu decided to enter self-quarantine until he receive the test result, according to his office. Netanyahu's parliamentary adviser Rivka Paluch tested positive for the novel coronavirus. Israeli PM will undergo a coronavirus test for a second time after Paluch tested positive, local media said. Paluch reportedly spent the last few days “in the vicinity” of Netanyahu, Knesset members and other advisers, the Jerusalem Post reported.

Netanyahu had tested negative for coronavirus after he and his immediate circle underwent tests for the virus on March 15. Israeli health authorities have so far confirmed 16 deaths and over 4,300 infections from the virus. According to the Health Ministry, 80 of the patients are in critical condition and 139 have recovered. As part of measures to curb the virus, all schools have been closed in the country, all meetings in public, open or closed areas with more than 10 people have also been banned. All trading firms except supermarkets, pharmacies, gas stations and banks have also been closed from March 15. Tel Aviv also banned the entry of foreign citizens to the country, except for those who have residency in Israel.

After first appearing in Wuhan, China, last December, the novel coronavirus has spread to at least 177 countries and regions, according to data compiled by U.S.-based Johns Hopkins University. The data shows over 735,500 cases have been reported worldwide currently, with the death toll above 34,800 and over 156,300 recoveries.

Keywords:
NetanyahuCoronavirusQuarantine
Your comment has been forwarded to the administrator for approval.×
Warning! Will constitute a criminal offense, illegal, threatening, offensive, insulting and swearing, derogatory, defamatory, vulgar, pornographic, indecent, personality rights, damaging or similar nature in the nature of all kinds of financial content, legal, criminal and administrative responsibility for the content of the sender member / members are belong.
Related News