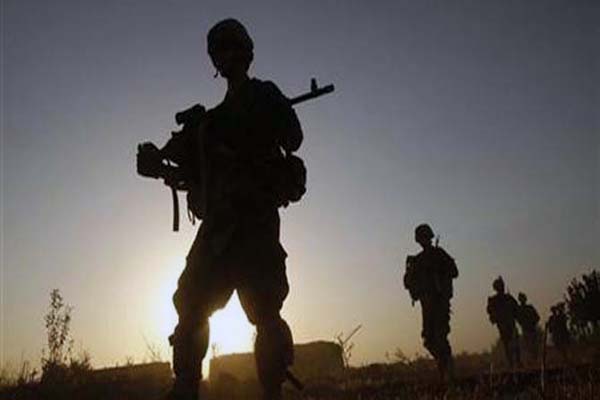 A soldier from NATO led security force died in southern Afghanistan on Monday when a suicide bomber detonated a vehicle packed with explosives outside a military base.

Eight other suicide bombers who had alighted from the vehicle were shot dead before they could set off their explosives.

Kandahar governer's spokesman Cavit Faisal told Anadolu Agency that the nine people - all wearing uniforms resembling those used by the NATO led International Security Assistance Force (ISAF) - arrived at the gate of the base in a vehicle.

"Eight got out of the car and one remaining blasted the bomb," Faisal said. The others "were shot while they trying to enter the base."

He told AA that the attack occurred in the Jerey district of Kandahar.

A spokesperson for the Taliban later said the group was responsible for the attack.