Hassan Nasrallah on Friday vowed to avenge Israel for the killing of a senior Hezbollah commander in Beirut earlier this month. 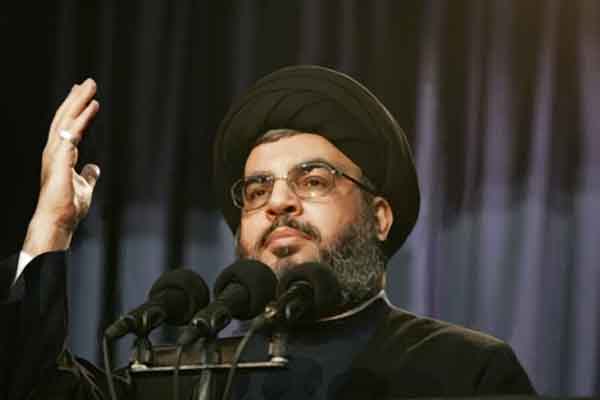 Hassan al-Laqqis, who fought in Syria's civil war for the Lebanese Shi'ite militia, was shot dead outside his home on Dec. 4.

A previously unknown group, Ahrar al-Sunna Baalbek brigade, claimed responsibility at the time of the attack, but Hezbollah quickly blamed Israel, with which it fought a 34-day war in 2006.

"All the indicators and clues points to the Israeli enemy," Nasrallah said, in his first public comments since the attack.

"Our killer is known, our enemy is known, our adversary is known ... When the facts point to Israel, we accuse it," he said in televised remarks to supporters in southern Beirut.

Israel has denied any role in the shooting and hinted that the motive may have been Hezbollah's military support for Syrian President Bashar al-Assad in his war with rebels.

The 2-1/2 year-old civil war in Syria has polarised the Middle East between Sunni Muslim powers, such as Turkey and the Gulf Arab states who support the rebels, and Shi'ite Iran and its Lebanese ally Hezbollah, who back Assad.

Hezbollah has sent several thousand fighters to Syria, helping to turn the tide in Assad's favour this year. But Nasrallah said on Friday that would not prevent it from avenging the killing of Laqqis.

"If the Israelis think ... that Hezbollah is busy and that Israel will not pay the price, I say to them today, 'You are wrong'," he said.

"The killers will be punished sooner or later and the blood of our martyrs - whether large or small - will not be wasted. Those who killed will not be safe anywhere in the world. Vengeance is coming."

The open role of Hezbollah fighters in the Syrian civil war and the steady flow of Lebanese Sunnis joining the anti-Assad rebels have fuelled sectarian strife in Lebanon.

Car bombs killed dozens of people in Beirut in August and a twin suicide attack on the Iranian embassy in the Lebanese capital killed at least 25 people last month.

But Nasrallah mocked critics who he said blamed Lebanon's woes - from sectarian tension to the flooding of a road during winter storms - on Hezbollah's intervention in Syria.