Mustafa Akıncı, We will continue to be powerful

President Mustafa Akıncı expressed that the Turkish Cypriot side will continue their right and consistent attitude regarding the Cyprus problem both in the field and at the negotiation table, adding that as long as we are powerful in the area, we will be more powerful at the table. 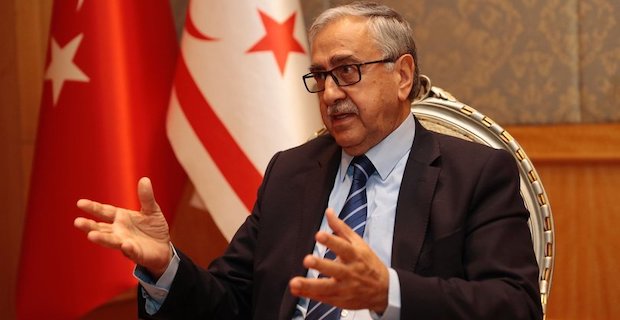 The Global Journalists Council Meeting was held on 4th May 2019 with the organization of the Ministry of Tourism and Turkish Embassy in Lefkoşa. President Akıncı, Turkish Foreign Minister Mevlüt Çavuşoğlu, Tourism and Environment Minister Fikri Ataoğlu, Founding President of the Global Journalists Council Meeting Mehmet Ali Dim gave speeches at the meeting. Akıncı stressed that the Greek Cypriot side continues their objector attitude on the issue of political equality and active participation of the Turkish Cypriots to the decisions in any model and even they do not now accept what they accepted previously.

Adding that during the 2002-2004 EU process, the Greek Cypriot side became an EU member unilaterally and this wrong policy has also been applied today on the natural gas issue, Akıncı stressed that excluding Turkey and the Turkish Cypriots on the issue will not contribute to a solution in Cyprus. Pointing out that we should continue our right and decisive attitude at the table and in the area, Akıncı mentioned the seismic research and drilling activities of Turkey in the Eastern Mediterranean and said that we as the Turkish Cypriots are in cooperation with Turkey. Turkey has two drill ships and they have started drilling. Therefore, we will continue our way with the power of our rights.

Furthermore, Turkish Foreign Minister Mevlüt Çavuşoğlu stressed that they are making many efforts to make the TRNC more visible and to make their voice heard much more throughout the world and they will continue their struggle in the future. Underlining that both Turkey and the TRNC have always supported a solution in Cyprus, Çavuşoğlu stressed that the reason of not reaching a solution is that the Greek Cypriot side does not want to share anything with the Turkish Cypriot people.

Expressing that the Greek Cypriot side took steps backwards even on the issues that were approved by the two sides at the conferences in Geneva and Crans-Montana, Çavuşoğlu said “UN reports show that there is not a common ground for a new negotiation and we have no time to lose in that process. The Greek Cypriot side continues their unilateral activities, therefore Turkey has started drilling activities at the zones where the TRNC issued a licence”.

Keywords:
Mustafa AkinciTurkish Cypriot SideGreek Cypriot Side
Your comment has been forwarded to the administrator for approval.×
Warning! Will constitute a criminal offense, illegal, threatening, offensive, insulting and swearing, derogatory, defamatory, vulgar, pornographic, indecent, personality rights, damaging or similar nature in the nature of all kinds of financial content, legal, criminal and administrative responsibility for the content of the sender member / members are belong.
Related News