Morsi supporters to march on US embassy 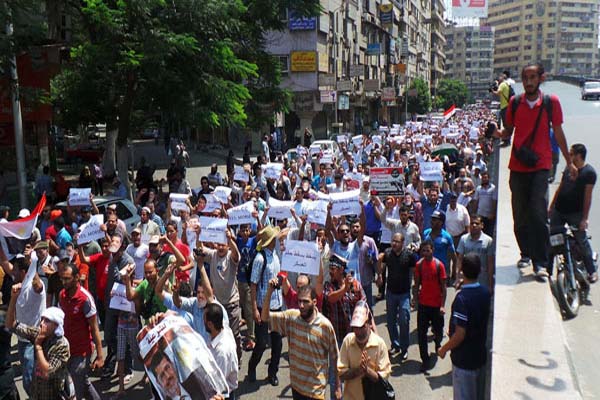 Supporters of ousted president Mohamed Morsi plan to march Sunday on a number of foreign embassies, especially the American, to protest what they describe as a failure to condemn the military coup against the elected president. The National Alliance for the Defense of Legitimacy, a coalition of largely Islamist parties and groups, announced organizing five separate marches on foreign embassies in Cairo. "The first march will be to the US Embassy to unmask the role of the embassy and the US administration in arranging and supporting the military coup against democracy and demand the expulsion of the ambassador," it said in a statement.

The alliance said protesters will also march on other foreign embassies, but declined to name any of them.

"Protesters will be told of the embassy name immediately before the march," a source with the alliance told Anadolu Agency.