Millions return to work as Spain sees fall in deaths

517 more deaths reported in 24 hours, down from peak daily figures in early April 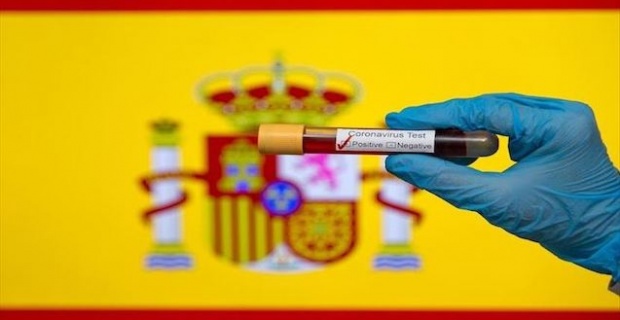 Millions of people in Spain returned to work on Monday as fatalities and contagions from coronavirus in the country slowed down. In the last 24 hours, 517 more deaths from the virus were recorded in the country raising the death toll to nearly 17,500. Moreover, with 3,477 more contagions the tally has risen to an upward of 169,000. Experts believe the real numbers of both deaths and infections could be much higher due to the absence of nationwide testing capacity.

Despite that official deaths are down from a peak of 950 in early April and Monday’s confirmed cases are down from a daily maximum of nearly 10,000 in late March. While the lockdown continues in Spain, an estimated 4.5 million people are returning to work in sectors like manufacturing and construction for the first time in two weeks. “We are not entering a phase of de-escalation. The state of emergency is still in force and so is the lockdown. The only thing that’s come to an end is the two-week extreme economic hibernation period,” said Spanish Prime Minister Pedro Sanchez in a news conference on Sunday.

Spain’s two largest workers’ unions released a joint statement on Sunday saying the government’s recommendations “are difficult to apply in the vast majority of workplaces” and called for businesses to stay closed if they cannot guarantee safety. Yet the government believes that the loosening of these restrictions will help strike a balance between economic hardship and public health. As of Monday, state officials are distributing around 10 million masks at public transport hubs for these workers. This week, other European countries like Italy and Austria are also set to loosen restrictions.

Keywords:
CoronavirusSpainCovid 19
Your comment has been forwarded to the administrator for approval.×
Warning! Will constitute a criminal offense, illegal, threatening, offensive, insulting and swearing, derogatory, defamatory, vulgar, pornographic, indecent, personality rights, damaging or similar nature in the nature of all kinds of financial content, legal, criminal and administrative responsibility for the content of the sender member / members are belong.
Related News